A few thoughts on the Wheeler saga 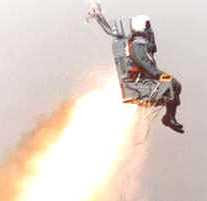 The boss has already written about Mr Wheeler's action, opinions and various reactions to it. Let me just add that both of us know well that Mr Wheeler's eurosceptic views are strongly held and of long standing. He is not a johnny-come-lately or a publicity hound as he is being accused by bloggers and journalists who ought to recall the old adage about stones and glass houses.

Mr Wheeler has expressed a great deal of anger about the deleterious effect of the EU's (and, as a consequence, Britain's) policies have had on economic and political developments in some of the world's poorest countries, all of whom are run by bloodthirsty kleptocrats whom, one way or another, the EU supports while making it as hard as possible for those countries to trade with us.

So he is, indeed, a man of principle who puts his money where his mouth is.

The most extraordinary reactions came from people on ConHome forum, Iain Dale's forum and various others who solemnly castigated all those who support UKIP or intend to vote for it as "splitting eurosceptic votes" and making it easier for the integrationist and socialist Labour and Lib-Dim parties to gain seats in the Toy Parliament.

I can only surmise that these people and they include candidates for the said Toy Parliament, have not the first idea how the EU is constituted and what its various institutions do. Neither do they have any clear knowledge of the Conservative Party's record in office as far as the EEC/EC/EU is concerned. Have they heard of the Maastricht Treaty, I wonder?

If I am wrong and the people who call for supporting "the only mainstream eurosceptic party" (I kid you not) do know all that I have listed in the previous paragraph then they are being more than economical with the actualité.

Either way, it is time to reverse that call. We need to call on all eurosceptics and all those who are in any way dissatisfied with Britain's membership of the EU or of the way that benighted institution has developed not to split the eurosceptic vote: DO NOT vote for the Conservatives. DO NOT waste your vote on another europhiliac party, however pleasant some of the MEPs might be.

Where one goes from there, I care not, since it does not really matter who sits in the Toy Parliament. Personally I could never vote for a corporatist, old-fashioned bunch of socialists like the BNP or for old-fashioned Marxists like NO2EU. I do not consider Libertas (or whatever it will end up calling itself) or Jury Team worthy of any electoral consideration and have made that quite clear in previous postings (here and here).

I guess that leaves UKIP despite past problems. I shall rise above those.