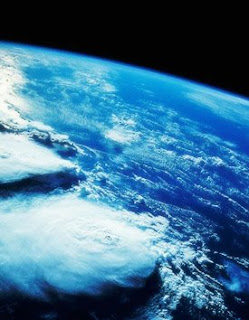 Almost entirely ignored by the British media, earlier this week there was the second Heartland Institute climate conference in New York, attended by over 700 with a galaxy of speakers including our own Christopher Booker. We will publish his speech over on EU Ref 2 shortly.

You may have gathered – if you did not already know – that the conference did not exactly support the warmist religion, proof of which comes from an extremely interesting contributor on the final day, Dr John Sununu, Chief of Staff for President George Bush Snr. between 1989 and 1992. From that unique perspective, we are told, he offered an "incisive commentary" on current environmental activism, including particularly that directed towards global warming.

Sununu's view is that the climate change issue will never go away, no matter how much the false alarmism of global warming is exposed. Global warming is not the real target, but just a convenient demon around which anti-growth and anti-development activism can be mounted.

Early demons for the same cause after the second world war were, first, the declared "population crisis", and then the global cooling alarmism that became prevalent in the 1970s. In turn, climate cooling alarmism transmuted into the dangerous warming cult of the 1990s and beyond.

The most significant tactical weapon that was developed along this historic path of anti-growth agitation was the use of virtual reality computer models to generate alarm. Thus the real predecessor to the present situation was the Club of Rome "we will run out of resources" exercise.

This was the first large-scale, environmental, computer modelling project to base its alarms not on empirical data, but on a computer model that was predestined to give a desired result. This same predestination applies to the current IPCC computer models, which are now far too complex to be checked or debated in the public forum, and which carry great authority. Accordingly, they have become a powerful weapon in the armoury of anti-growth environmental groups.

Sununu recalls a White House briefing that he received from alarmist scientists around 1990, when only the first primitive climate models were available – which did not include ocean to atmosphere interactions.

Ever since, development of these faulty, but now much more sophisticated, models has continued in order to drive a predetermined climate alarmism. In consequence, the modellers have captured major parts of the funding streams now directed into global warming research, which in the US alone may total as much as $10 billion/year.

"Despite this", says Sununu, the current models remain "predestined …. and are extremely far away from being able to handle the reality of nature. Nature will respond to climate change in the future in a self-stabilising way, as it always has in the past".

However, Sununu notes that the media stands in the way of better public understanding and thrives on reinforcing climate alarmism. It is both "biased and ignorant". Nonetheless, science must today be presented in non-technical ways which can be understood - "If we don't give the press sound bites, they won't use it" he says. Honest science, good science and valid science is the necessary basis for public policy.

Unfortunately, we have neither – and one does get more than a little irritated at funding newspapers which have become little more than propaganda sheets for the warmists. Like politicians, newspapers in particular are going to have to recognise that they are out of touch with the majority of their readers on this topic. If they do not, their readers will go elsewhere, as in indeed they are doing.