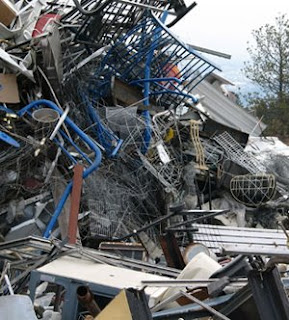 The devil is in the detail, but the detail is important - it is all that stands between us and chaos. We have reached a stage, it appears, where neither the media nor our own MPs actually understand how the government of this country works.

Picking up on the story yesterday about trials in absentia, we have an extraordinarily ill-informed piece by Andrew Pierce in The Daily Telegraph.

He tells us that, "Under the new regulations, courts will be compelled for the first time to order the extradition of British citizens to any EU countries that want them. All the EU countries will have to provide is a form which says the Briton was informed of his trial, and offered legal representation, even though the assurances might be worthless."

We then get from this man that, "The Conservative Party has pledged to oppose the new regulations agreed by the European Parliament which are due to come into force in 2011, a year after the next general election." This is topped up with a quote from Dominic Grieve, the Shadow Justice Secretary. He says: "This is the latest example of the government caving in to Brussels – sacrificing basic principles of British justice – in order to promote European integration."

The point is that there were no "regulations" approved by the EU parliament. This, as we pointed out, is a framework decision, which is solely a Council decision, for which unanimity is required.

If there are regulations – and so far we have been unable to find them – then they will be produced by the British government, to implement the decision. Such regulations cannot come into force without the assent of Parliament. Thus, if Dominic Grieve wants to make capital about the "government caving in to Brussels" he also needs to point out that this is an example of parliament caving into the executive. And he is a member of parliament.

As is stands, however, the executive actually enthusiastically endorsed the measure, of which is was a co-sponsor along with France and Germany and others, the measure having been proposed under the Slovenian Presidency. Far from "caving in" to Brussels, the UK executive was one of the member states which pushed this measure into existence.

Classically, this is an example of an over-mighty executive misusing its powers to the disadvantage of its citizens. And, constitutionally, the check on the powers of the executive is parliament. If and when the measure comes before the Westminster parliament – if it has not already done so – then it is for the MPs to do their job.

If the measure then does go into force, it will be because parliament – as an institution – has permitted it. The blame will not be on the executive, but parliament. That is where the responsibility lies.

Therein lies the root of many of our problems in this country. We do have an over-powerful executive, and parliament is no longer a check. That is indeed serious. It is parliament, not the executive, which is the protector of our rights and freedoms. A failing parliament leaves us without protection.

Yesterday, I wrote a piece rehearsing the theme of parliament as a failing institution, venturing that no one knows how to start the process of reform. On reflection, the situation is even worse.

Most MPs do not even realise what the problem actually is, or refuse to recognise it. I do find it ironic, however, that we hear Tory politicians prattling on about a "broken society" when they are members of a broken institution, from which many of the problems of which they complain actually stem. If parliament was a car, it would be on its way to a scrap heap.

As for ordinary people, they know intuitively that our MPs are useless – and many have found out in practice, when they turn to MPs for help. But when the majority, it seems, does not even understand how government works, and where responsibility ultimately lies, then there is nothing to stop the whole system going to the dogs.

The original Telegraph story by Alasdair Palmer, incidentally, has a comment section, but attempts to correct the errors have proved fruitless. Comments from me and several others have not been published and have been ignored. I have since posted another comment, which will similarly be ignored. For a newspaper which supposedly champions free speech, the amount of censorship on the comments section is extraordinary. And that too is part of the problem.

Note: relatively light blogging today – after a week of correcting page proofs for the book, I am now in day three of indexing. This is not a job I would wish on my worst enemy, but it has to be finished by Monday. The heat is on, especially as we have a number of offers on serialisation rights - in the very media which I so heartily criticise - there's irony for you!