Mother Europe is watching you 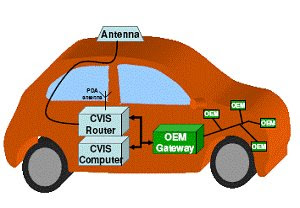 It was always going to be the case that once they had the technology, we were all going to be placed under constant surveillance. And the nightmare is coming closer to reality.

According to The Guardian, our puppet government is backing an EU project to install a "communication box" in new cars to track the whereabouts of drivers anywhere in Europe.

Needless to say, the scheme, known as the Cooperative Vehicle-Infrastructure Systems is being sold on its 'elf 'n' safety benefits, with the kindly EU officials telling us that it will significantly reduce road accidents, congestion and carbon emissions.

However, as The Guardian points out, ministers are aware that the system could be seen as a "spy in the cab" and "may be regarded as draconian". Thus, the focus on the "more benign technology" is being used to "enable potential adverse public reaction to be better managed".

But behind the benign exterior is the true agenda – the system paves the way for national road tolling and, since the system is planned to send positional data to government control centres, it can be used for speed enforcement and other law enforcement purposes.

Not stated by the paper, but evident in the EU documentation, is the other agenda. The system is to rely on the EU's Galileo satellite positioning system, providing an income stream for this vanity project which would otherwise be totally uneconomic.

By introducing a compulsory tracking system, fitted to every car, the EU will be able to recoup enough fees from member states to pay for the project.

Our puppet government is currently denying that the system will be made compulsory, but the scheme developers envisage that it will be made mandatory "for safety reasons". The rest will follow, as night follows day and, once in place, every time you climb into a car, your movements will be tracked – and the bills will follow.

Currently, it is anticipated that the system could be introduced from 2012 onwards, which makes our only safeguard the probability that Galileo will not be up and running by then. But when it does eventually fly, it will take on an extra symbolism – the surveillance state will have finally arrived with a vengeance.

Mother Europe will be watching you.