From a distant planet … 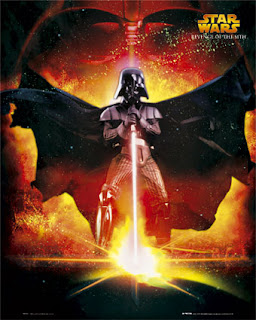 The point, very much tongue-in-cheek, about Hannan was that the EU parliament is a black hole when it comes to media coverage. What should have got some considerable attention in the media was almost totally ignored by a class of political hacks that is irredeemably parochial in outlook.

Meanwhile, my co-editor goes to the Czech Republic and the government falls. Now that she is back in the country, she is hoping to repeat the effect here, with a piece later today on the glorious affair where, as England Expects reports, EU presidency functions now fall to Vaclav Klaus. The "colleagues" are spitting with fury and are almost at a state where they are contemplating issuing black armbands.

Considering now that the constitutional Lisbon treaty ratification is now deep-sixed until at least the autumn, it was extraordinarily naff of Gordon to go sucking up to the "colleagues" in Strasbourg – the few who turned up to listen to him. He is "proud" that the treaty was ratified in the puppet parliament in Westminster by such a large majority.

What excited The Guardian though was that he flew out in a chartered BA Boeing 747, noting that his trip is likely to be remembered as one of the world's least environmentally friendly flights.

This is the same newspaper, incidentally, which is headlining a piece citing our climate change minister Ed Miliband, who is telling us that opposition to wind farms should become as socially unacceptable as failing to wear a seatbelt.

These people are seriously on a different planet. One almost feels inspired to plunge a sharp instrument into their bellies, such utter contempt does this invoke. The man is utterly barking mad – he should not be allowed to breathe, much less speak in public. Yet Irwin Stelzer thinks the man has a "formidable intellect". Sheesh, as my co-editor would say.

Iain Martin in The Daily Telegraph is certainly considering wielding the knife – albeit only metaphorically – on the ranks of MPs, asking whether we need so many. But he does at least make the right noises, noting that the exponential growth in the number of domestic elected representatives has coincided with their loss of power to the EU; we have more politicians, at a higher cost, with less usefully to do.

He misses the point – as you would expect – that even with the EU, there are many things the MPs could usefully be doing, but do not. Too many are a waste of space, and would be even if we had a return to full legislative powers after ditching the EU. But, Martin adds, the political class is embarrassed about the publicity around its allowances and keen to make it go away. Poor little darlings. I wonder if they realise how keen we are to make some of them go away … permanently.

One gets the feeling that Heffer takes that view of a certain member of the political class, observing of our favourite politician that he "doesn't even seem to know where the lifeboats are." Deliciously, he also observes that "his environmental obsessions are now bypassed by economic reality".

Actually, it is not just the "environmental obsessions". The main obsession of the political classes is the … political classes, and there is a whole world outside Westminster which is foreign territory to them … a distant planet of which they know nothing. Briefly, Mr Hannan was on that planet yesterday, which is why he was ignored by the chatterati ... even if his YouTube "views" are now up to 27,000 79,000 260,143 316,779.

The words of Ian King, in The Times, therefore, are of some interest. He labels of goodly section of our political classes as "a confederacy of hypocrites".

This is in respect of the trashing of Sir Fred Goodwin’s house and car. But they are much more than hypocrites. Locked in their Westminster bubble, they have lost touch with reality, and cannot even begin to imagine what the denizens of that "distant planet" think of them. This makes them very stupid hypocrites. And that will be their downfall.