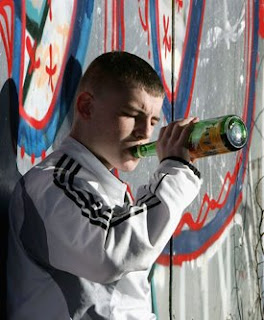 Those of us who recall that the smoking ban was trialled in Scotland before it was imposed on us in England will look with some trepidation at the Scottish government's "radical plan" to introduce a minimum price for the sale of alcohol.

However, in a remarkably comprehensive piece in The Times, which looks suspiciously like grown-up journalism, we are treated to an explanation of how this plan would almost certainly fall foul of EU law.

This is on the basis of a legal opinion from the law firm Lovell's, a specialist in EU law, which contradicts Nationalist ministers at Holyrood who until now have claimed that minimum pricing would not be challenged by Brussels.

The legal firm argues that the effect of minimum pricing would be to prevent alcoholic products imported from other EU member states from having a competitive advantage against UK produced drinks that they would otherwise enjoy as a result of lower production costs.

This, we are told, could amount to an unlawful restriction contrary to Article 28 of the European Community treaty ... which states that restrictions on imports and all measures having equivalent effect shall be prohibited between member states.

This issue, it seems, has already been tested in the ECJ in respect of tobacco, in a case between the EU commission and the Greek Government which had argued that setting a minimum price was necessary to discourage tobacco consumption in Greece. The Court stated: "It must be observed that Article 30 of the (EC) Treaty enables the member state to apply national provisions that restrict intra-community trade in order to protect the health and life of humans.

"However," it stated, "measures based on Article 30 of the Treaty cannot be justified unless they are necessary in order to attain the objective pursued by that article and that objective is not capable of being attained by measures which are less restrictive of intra-Community trade."

From this came the killer line, "In this case it must be observed that the objective of protecting public health may be adequately attained by increased taxation of manufactured tobacco products, which would safeguard the principle of free formulation of prices."

What this boils down to is that governments are entitled to raise prices by means of taxation, in order to restrict consumption, but they cannot interfere with the market mechanism in such a way that it eliminates competitive price differences between domestic and imported products.

However, this is not the only problem faced by the Scottish government. Not mentioned by The Times is the case of Klas Rosengren and Others v. Riksåklagaren of 5 June 2007. This concerned the attempts by the Swedish government to restrict imports of cheep booze, whence the ECJ found that the prohibition of the importation into Sweden of alcoholic drink by private individuals amounted to "an unjustified quantitative restriction on the free movement of goods."

This rather stymies the Scottish government as it would not be able to stop the flow of booze from across the English border. One could thus see hordes of Scots storming over the border, not stealing sheep this time but buying cheap English booze.

Although this might be good news for Scottish drinkers, it could have longer-term implications for all of us. Faced with the near impossibility of making unilateral measures work, one can see heavy lobbying by the Scottish government for action this side of the border as well.

There could only be one possible outcome – higher booze taxes for us all. I am sure Mr Brown will be only too happy to oblige, to save his fellow Scots.