The loneliness of the long-distance MP 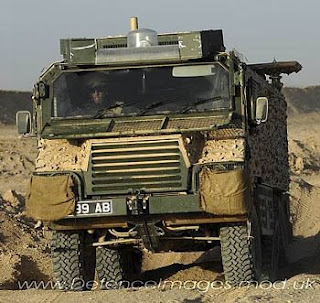 Another MP expenses scandal is about to break, according to The Sunday Telegraph.

Meanwhile the Mail on Sunday (along with the Press Association) regales us with tales of how second home expenses have always been regarded by MPs as part of their salaries.

This, it appears, stems from a putative pay revolt by backbench Tories in the 1980s, when a mechanism was devised which enabled MPs to be paid more without a headline increase in their basic salaries.

It is left to veteran Labour left-winger Harry Cohen to reveal that then Conservative minister John Moore had told MPs "Go out boys and spend it" when he introduced a big uprating of the allowance. "That is exactly what John Moore said on behalf of Mrs Thatcher to her Tory MPs," says Cohen. "That makes it part of my salary," he adds. "It really is part of my salary in all but name. That is what it exists for."

This really should come as no surprise. In commerce, the "bundling" of pay and "perks" as part of an overall remuneration package is quite common, so much so that the basic salary often bears little relationship to the actual income received. That the government should have resorted to such a strategy – given the hypocrisy of the average voter about MPs' pay – makes complete sense.

What does not make sense is the hysterical (or opportunistic) suggestion by Tory Boy Blog that MPs pay and allowances should be cut. There is a lack of clear (or any) thinking on this issue.

The real point is – or should be – not about pay (and allowances) per se but about performance. If the MPs provided value for money then no one could possibly grudge them their remuneration. At the heart of the resentment at "fatcat" MPs, therefore, is the impression that MPs do not deliver – that most of them are a waste of space.

Putting the MPs' role in perspective, they are responsible for scrutinising and controlling a billion-pound enterprise – known as HM Government – and ensuring that the money is well and properly spent. They are also responsible for vetting and then agreeing legislation which, if improperly framed or unnecessary (as most is) costs us all individually and collectively many more billions.

If MPs performed their tasks anything like adequately, therefore, they could save us billions, in addition to safeguarding our rights and freedom. If they could put up a balance sheet to that effect, then they could easily justify their own costs, and who could possibly disagree with them being well rewarded.

But it is not only the billions that should be their target. The millions also count – not least because collectively those millions add up to billions.

In that context, Booker in his column today raises the issue of the Pinzgauer Vector, which we tackled last week, making the point that the purchase could have been stopped by the Defence Committee, had it been on the ball. 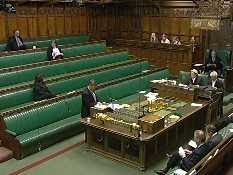 In all, the MoD bought 189 of these dangerous vehicles at a cost of near on £100 million. To that one must add the costs of compensation to those killed and injured as a result of its deployment, which amounts to many more millions. On just this single project, therefore, the Defence Committee could have saved many times their collective costs – to say nothing of the lives saved - and completely justified their existence.

If you multiply that episode across the board, and look at the many other wasteful projects that the government had introduced, then it is not at all hard to make the case that billions could already have been chopped from the budget.

Some will argue, nonetheless, that this is beyond the power of MPs – including many MPs. But what they fail to understand is quite how powerful MPs actually are, if they chose to use their powers. That they are effectively powerless and a trampled over by government is entirely because they, collectively, choose not to exercise their powers.

But such is the dedication of these diligent MPs that, when on Thursday last, the Commons held a full-scale defence debate, only 13 of them actually turned up (pictured above). On this basis, the MPs collectively have only themselves to blame for public hostility.