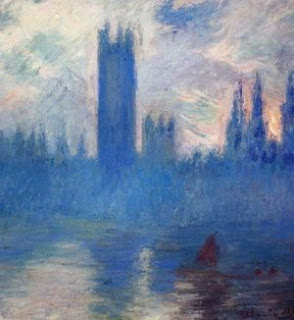 A very long time ago, we came to the conclusion that the problem with our membership of the European Union lay not in Brussels but closer to home in Westminster.

Any which way you cut it, we remain members of the EU because Parliament, as an institution, permits it. If our MPs as a collective, decided we were leaving, we would be out tomorrow.

What is equally obvious is that the malaise spreads far wider than the EU issue. Anyone who follows debates in the Commons, who monitors written questions on specific subjects, who studies select committee reports and who watches the weekly bear-garden, aka Prime Ministers Questions, will be struck by the low quality of the collective output. This is an institution that has lost its way.

There is, therefore, a certain resonance with the cri de coeur from Brian Jones, an adviser to the Defence Intelligence Staff, who yesterday gave evidence to the Commons Public Administration Committee on the decision-making which led to the Iraqi invasion in 2003.

He told the committee that MPs "have been deliberately or accidentally misled" over the causes of the war, and had "bowed to the Government in its desire not to have a formal public inquiry." Important issues raised in two subsequent Iraq reports, by Lord Hutton and Lord Butler, said Jones, had "not been followed up" properly by Parliament.

Interestingly, the committee's Labour chairman Tony Wright agreed with Jones that MPs had failed to press hard enough for a public inquiry, although he did not blame his own committee. But, he said: "I believe that Parliament has behaved abysmally."

As it happens, I do not have any time for this obsession with the events leading up to the war, but it is clearly an issue which excites a great number of people, including many MPs. In the sense that there is unfinished business, with many questions unanswered – where passions run high on all sides of the House – this is an area where Parliament could have exercised its authority. That is has not justifies the criticisms of it.

However, an equal or perhaps more serious failing was the almost complete lack of effective monitoring of the subsequent occupation. It is equally the case that MPs are failing to scrutinise the conduct of the war in Afghanistan. The oversight, by any measure, is beyond pathetic.

But it is by no means just such issues that lacks intelligent – or any – input from Parliament. Readers will remember that, at the height of the banking collapse, with the government in hyperactive mode, there was no debate in Parliament, and there still has not been.

With the government flinging sums of money around with ten figures or more, there is still no scrutiny or calling to account. Parliament is the ultimate trustee of the public purse, not government, and it has been as supine on this as it is with everything else.

This is not even to point a finger at the opposition – but at Parliament as an institution. It is simply not working.

One can thus have some glimmer of sympathy with Sir Paul Judge's attempt to bring some outside influence to bear on the workings of parliament – about which my co-editor is preparing a report. But, frankly, to replace one set of inadequates with another does not seem to be the way forward.

However, too many people agree with the broad premises that Parliament is "broken" for the concerns to be dismissed as simply disillusionment with the current government. This goes way beyond end of term blues, and the desire to replace a tired, worn-out government with another. Even if the precise reasons cannot be pinned down by the average voter, there is a recognition that the system is failing.

We ourselves could suggest some changes which would make some small improvements. A stronger, better resourced select committee system would be a start, bringing intellectual muscle into play to carry out forensic examination of the government, rather than the scatter-gun approach we have at the moment.

The introduction of a "none of the above" option on the ballot paper would also make some difference, with a requirement that, if the NOTA votes exceeded that of the lead candidate, then the election is declared void and must be re-run.

We also need a broad-brush look at universal suffrage as well. Can it be right that a crackhead on the dole gets exactly the same voting rights as someone who pays taxes and makes a contribution to society? There is a case here for a base vote, and then an opportunity for people to "earn" more votes, according to carefully defined criteria.

As for abolishing political parties, that is a non-starter, but a graduated voting system in itself would probably make it easier for independents to attract votes and break the grip of the established parties. But there is even a case for having larger, multi-MP constituencies, where there is a possibility of reserved seats for candidates who have no party affiliation.

The bottom line, though, is the calibre of the individual MP. The problem there is the emphasis on candidates who can find their way through the party system and get elected, rather than on finding people who have the knowledge and maturity to make good MPs. And, in many instances, we have even lost sight of what we want our MPs to do, ending up with constituency social workers rather than watchdogs that bite.

All that puts our Tony Wright MP in the frame. He believes that, in the one instance, Parliament "has behaved abysmally." If he was honest, he would acknowledge that Parliament consistently behaves "abysmally" on a wide range of issues. He should ask himself and his fellow MPs what they are going to do about it.

Paul Judge's attempts may be misguided, and ineffective, but they do point to a recognition that there is a broader malaise. It is thus a question of "physician heal thyself" or it will not be so very long before this venerable institution is carted off to the equivalent of a knacker's yard, with a chance to exercise the tumbrels.

Honest MPs – and there are some, more than you would think – know this to be the case. No one, though, knows how to start the process of reform. A way must be found, before it is too late.