Little ado about even less 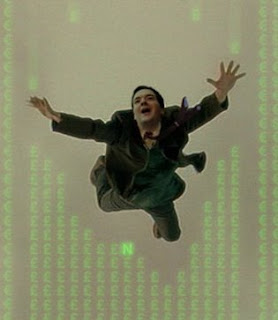 The obvious title was "much ado about nothing" but when even Tory Diary could only elicit ten comments on its own piece, the lesser-spotted version was clearly more appropriate.

It was actually The Daily Telegraph that got most worked up about it. The excitable James Kirkup breathlessly reported that the "Tories could ask Bank of England to take over bank regulation from FSA," predicting that the FSA could be scrapped under a Conservative Government.

There was also special glee that the proposal would come in a report commissioned by George Osborne, drawn up by Sir James Sassoon, a former Treasury adviser to Gordon Brown. This, Kirkup had it, would spell the end of Labour's controversial system of regulation.

In the even, it did no such thing. Consequently, The Times was very down-beat about it, noting that the review was "something of a damp squib," with Sir James offering no fewer than five options, one of which was actually to split the FSA in two, effectively creating a fourth body.

No sooner was the full report published, however, then the on-line Citywire had the Association of British Insurers warning that the review must consider the impact of the European Union. It was referring to the Jacques de Larosière report which sets up the next massive tranche of EU financial services regulation.

Of course, the spectre of the EU was not mentioned by the Telegraph and neither did Osborne refer to it in his response to the report. He merely welcomed the findings, saying that the regulatory set-up in the UK needed a radical overhaul. He is dead right on that.

But what is deliciously interesting is that, despite the ABI's protestations, Sir James is on the ball. In his report he notes:

It would also be foolish not to recognise up front that critical new proposals on the future structure of European banking regulation are starting to emerge from Brussels. It is regrettable that at a time when Jacques de Larosière has been reviewing the structure of European financial regulation and when European Central Bank ("ECB") board members have been calling for the ECB to become the pan-European bank regulator, the UK authorities' voice has been publicly silent on the European dimension – and that the authorities have done little to coordinate a clear UK public-private sector view on how the interests of the UK in terms of financial stability and competitiveness would be best served.

Don't you just love that: "the UK authorities' voice has been publicly silent on the European dimension". It transpires that the greater role for the Bank of England, about which the Tories are so keen, is to "coordinate a clear UK public-private sector view on how the interests of the UK … would be best served" in the European Union.

It was always the case that this would be the outcome. As we all know, the primary regulator is the EU, but it is useful to have Sir James confirm it.

Now he has spilled the beans though, it is unsurprising that so little is being said about his findings. We wouldn't want the public to know that we're in Europe and ruled by Europe. Perhaps the better title for this piece should have been "little ado about a lot" - but then, you can't get them right all the time.