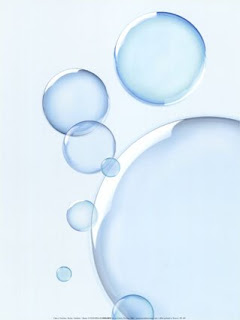 Last week, the government announced that people from outside the EU moving to the UK to work or study would have to pay £50 extra for visas to help areas struggling to cope with immigration.

This was immediately condemned by "Westminster insiders", right across parliament, the media and the think tank community, and across all parties. No less than 70 percent of the daily PoliticsHome survey (no link) of senior MPs, journalists and opinion formers across politics rejected the plan. Either it was seen as going too far, or not far enough, or going down completely the wrong track.

Yet, when 1,224 members of the general public were consulted, the results could not have been more different. An overwhelming 83 percent of voters supported the idea. Furthermore, the support was almost exactly the same across Labour, Conservative, LibDem and other supporters. Never, we were told, had the views of the "insiders" contrasted so starkly with the views of the general public.

This comes as no surprise. On a whole range of issues – if the right questions were asked, in the right context – you would find that public sentiment is totally at odds with the views of the political classes. That is one of the reasons why the BNP are doing so well, and are likely to pull seats at the euro-elections.

Most of all though, this indicates that there is something going on, which has not yet been picked up by the polls – much less the chatterati. Another straw in the wind is the ComRes poll for the Independent on Sunday. It has Labour closing the gap, with the Tory lead on a mere 11 points, down from a 16-point lead a month ago.

Doubtless, the Tory lead should be much higher – and perhaps it will climb again. But the chances are the result is not showing voting intentions. There is something much more subtle going on, which is hard to pin down. There is no exact scientific description, other than to say that people are in a "funny" mood. You can sense it. Outside the bubble, things are stirring.

Needless the say - as with the visa tax - the "insiders" will be the last to know what people are really thinking. But they will soon enough find out. I suspect they are not going to like it.