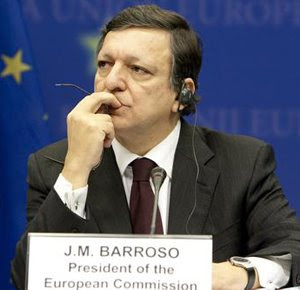 It is as well to be very cautious of reports emanating from the European Council just concluded. The media constantly buys into the myth that what is discussed is the same as the label on the tin, and faithfully trot out their own versions of the communiqué.

When you think about it though, the communiqué is prepared in advance, on the basis of pre-negotiations and discussions, and the first order of business is formally to agree the text. Thus, logic alone tells you that there must be issues which were not on the public agenda – so what did they really talk about?

What we do know from the very early "summits" is that the contemporary media often paints a very different picture from what actually goes on. This emerges from documents released under the 30-year rule, when it becomes quite obvious that many of these occasions are simply coup de theâtre.

What makes them doubly unreliable is that, in the hothouse atmosphere of the Council, there is group psychology at play, where the "colleagues" lose contact with reality – even more so than usual – and agree to things which have no basis in the real world.

It is rather appropriate, therefore, that two years down the line from the 2007 Spring Council, we are seeing exactly what happens to the agreements made. At what was Blair's last EU meeting, the "colleagues" indulged in a frenzy of greenery, outbidding each other in their enthusiasm to save the planet. To do so, they adopting, amongst other things, a "binding target" of 20 percent renewable energy by 2020.

Cue BBC world affairs correspondent Nick Childs who, at the time, burbled, "there is an air of real achievement in Brussels."

Now fast-forward to the present and you have, off-stage, The Guardian retailing that "green" power companies are heading for "crisis". Britain, we are told, should no longer rely on them to meet its energy security and climate change obligations.

Thus we get John Constable, head of policy at the Renewable Energy Foundation (REF), saying, "There is a serious problem … I warned a year ago that the industry was being set up for a fall and now it has happened. There has been too much hype and the government was always far too unrealistic about what could be achieved."

Then David MacKay, a Cambridge University professor and author of a new book, Sustainable Energy - Without the Hot Air, chips in. "It may well be that renewables has been overhyped and there is a backlash against it," he says. "There is a big, big problem compared with a year ago. I know a number of people who are unable to get investment for the kind of new technology we need for a low-carbon future."

Needless to say, there is a strong measure of self-serving in this doom-laden fare. The renewables industry is after even more financial aid. But, with the parlous state of the public finances, and the recession biting deep, the chances of Mr Brown coming up with anything are extremely slender.

By the same measure, when we see out of the current meeting a "pledge" to make avaible an additional €75 billion "to finance loans by the International Monetary Fund and to double a credit line for its stricken eastern economies," you can take it with a pinch of salt.

Closer to reality was a refusal to commit funding to aid developing countries to help them cut "greenhouse gas emissions". Member states are to discuss the issue again in June but are unlikely to decide even then.

That is the land of the European Council. Nothing is real, nothing is permanent. Agreements made one year are unstitched the next year, or the year after. The only reality is the press release on the day. Tomorrow is another day, another reality.