Terrorism on our doorstep 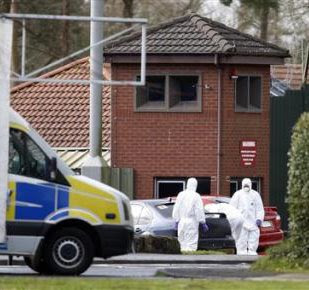 It is the best part of ten years since the last major terrorist outrage in Northern Ireland, with the Omagh bombing of 1998, which killed 29 people. That was attributed to the Real IRA, which claimed responsibility for the killings.

Responsibility for the murders of two soldiers from the Royal Engineers outside the Massereene Barracks in Antrim on Saturday night, as they were taking delivery of pizzas from the local take-away – and the serious injury of the delivery men – is claimed by the same group, thought to be from the "South Antrim unit".

That there has been an outrage comes as no surprise. Over six months or more, the "violence thermostat" has been turned up. And only recently did the media run the story that Sir Hugh Orde, Chief Constable of Northern Ireland, was acknowledging that he was using surveillance specialists from the Special Reconnaissance Regiment, soldiers who covertly track Islamist terrorists in Afghanistan and Iraq.

In fact, Special Forces have never ceased operations in Northern Ireland, despite the formal end of "Operation Banner" two years ago. But then neither have the IRA groups ever disbanded. Instead, they have concentrated on developing the organised crime component of their activities.

These have involved such enterprises as so-called "tiger kidnappings", where they stalk and hold a bank employee to facilitate a robbery, alcohol and tobacco smuggling, "fuel laundering", where the dye is removed fron agricultural "red diesel" to allow it to be sold at full price, financial fraud, money laundering and straightforward protection rackets.

The "dirty war" of the Troubles simply became the "dirty peace", with the players more or less tolerated as long as they were no longer killing and bombing in the streets.

That this was never going to be stable was not hard to predict. Even – or especially – in Iraq, there was a clear link between oil smuggling, arms dealing and terrorism, these activities so often being inter-related. Terrorism requires fuding, and crime is the obvious source.

Furthermore, something violent has been expected. Recently, the threat level has been raised to "severe", indicating that an attack is highly likely, one short of the top level "critical", where an attack is expected imminently. This came after intelligence suggested dissident republicans were planning a "spectacular". Despite that, though, not all military bases in Northern Ireland had been placed on high alert.

There are some useful observations that can be made here. Having read dozens of official reports on the deaths of soldiers in Iraq and Afghanistan from terrorist action, it is remarkable how often one sees claims by senior officers that there was "no intelligence" suggesting an immediate threat, or that so-and-so area was "low risk".

There seems, sometimes, to be a fundamental failure to understand the mind of the terrorist. By definition, they will invariably probe for weaknesses, looking for soft targets, hitting where they are least expected. That is the MO of a terrorist ... they do not confront the "hard" targets. Therefore, an area which is not expected to be targeted is most likely to be the area that is hit.

Secondly, all the reports indicate that the "pizza run" was a regular routine. With a "severe" threat level in place, it has to be said that this was sloppy. At this threat level, all routines should have been reconsidered – and changed. Routines are the friends of terrorists.

Thirdly, the terrorists first used automatic fire to down the two soldiers and then calmly walked from their car to deliver the fatal shots as they lay on the ground – the so-called "double-tap".

We read a number of reports that the civilian security guards who were guarding the camp failed to respond to the shooting and were inactive when the terrorist executed the second part of the "double tap". Likely, they were shocked into immobility.

This is an effect seen commonly on the battlefield. There are numerous reports of British troops, the first time they experience a "contact", who are mesmerised by the shooting. They quite forget to use their own weapons and fire back ... and these are highly trained soldiers.

The same effect is seen when soldiers use their weapons and actually hit their targets. Some are so stunned by the experience that they then cease fire (others, in the heat of action go "red mist" and win medals) - only the exceptionally well-trained retain control.

That these terrorists not only fired - drive-bys are common fare in insurgency warfare - but actually got out of their car (this is highly significant as it is their own personal security zone) to deliver the double-tap suggests exceptional coolness and control - and premeditation. The odds are these are experience killers - they have done this before. If they have not, they have been rigorously drilled by those who have.

Now the "hard men" are back in town – although they never left. That they are now shooting down soldiers again, in cold blood, is a worrying development. Public sentiment has changed in Northern Ireland, but the peace is only skin deep. This weekend's attack is not an isolated event, but it is a serious escalation. Whether we are an the verge of another wave of violence is anyone's guess. No one is prepared to predict that we have seen the last of the killing.

If the police will once again become frequent targets, and should dissident republicans attack loyalists, then there is a very real danger of a re-emergence of tit-for-tat killings, and more mayhem. But, in case you need reminding – this is Ulster. Nothing is ever quite what it seems, and nothing is ever predictable.