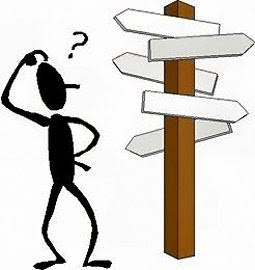 Recently, I wrote in my usual despairing manner about the lack of serious public discourse on defence policy, noting the absence of political engagement on the issue.

Inevitably, the piece was given little attention (although it did get one link), even on our own forum, reflecting the very point made – one reinforced by my comments yesterday, where I observed that the political classes don't do politics any more. They simply prattle obsessively about their own interests and expect everyone else to be similarly enthused.

Unfortunately, it is the very nature of things that the political classes (in which I include the media) do set the terms of the public debate. The pub gossips, political bloggers and the rest of the claque are nothing if not reactive and thus tend to follow the lead, quite content to conform to the agenda set by others rather than strike an independent line. The term "sheeple" in this context is more than appropriate – it is accurately descriptive.

The point is though, that just because the chattering classes to not engage on specific issues does not mean there is no debate. There is, for instance, a strong and heated debate going on about defence policy, part of which we touched upon in another piece, disregarded almost to the same extent by the chattering classes.

Without engagement in these debates, however, decisions are then made in absentia so to speak, as we pointed out with electricity generation. With or without open debate, decisions still have to be made, and if the political classes opt out, then the end result will not necessarily be to their liking – or in the wider public interest. But they only have themselves to blame.

So it is that today we get Matthew Parris remarking on another huge gap in the public discourse, that all-important issue of foreign policy.

My co-editor has already noted (several times) the strange absence of any coherent foreign policy in Labour ranks, but Parris is also observing that a similar vacuum exists in the Tory fold. "Can anyone find the Tories' foreign policy?" he thus asks, a rhetorical question of course, which illustrates his point.

In fact, it may already have run out of time. Foreign policy, with all its complexities and subtleties, is not something you can make up on the hoof, or devise amongst a small circle of devotees, scratching out ideas on a legal pad during a weekend gathering. It needs ideas, argument, discussion, debate, proposals, counter-proposals and distillation.

As the Tory party remains obsessed with its social agenda, "climate hysteria" and other distractions, it is thus losing sight of the big issues. And without going through the process of discussion and debate, it is going to end up in office bereft of ideas. Like the political claque which so much loves to chatter about the agenda set by others, it too will find it is reacting rather than setting its own agenda.

The worst of it, as Parris points out, we are a nation at war "in a serious way". He adds:

Yet with news of British deaths in Afghanistan distressingly frequent, with enormous question marks still hanging over the new US Administration's strategy there, with no real suggestion that the British in Helmand can do more than hold the line, and no sign that our Nato allies will agree to reinforce our position, it is not enough for the defence spokesman, Liam Fox, to huff and puff about failure to give our boys the back-up they deserve.

What are we going to do in Afghanistan? Will new money back the reinforcement that Tory complaints call for? If not, is there a Tory plan B, for retreat? The only financial commitment of which I'm aware is that a Conservative government would ring-fence spending on aid. The minutely precise commitment seems almost insulting to the wider effort.

On this and many other things, we have no clue of the line that an incoming Conservative government would take. Concludes Parris, "I - and perhaps the electorate - would like to know." He is right there, but even more to the point, we would like to know when the Conservative Party is going understand that it cannot continue to ignore the "big issues" just because they do not fit the electoral "grid" or because their spokesmen are too idle to get engaged.