You can be sure of Shell 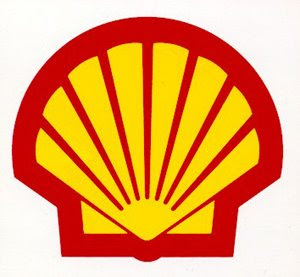 Royal Dutch Shell provoked a furious backlash from campaigners yesterday when it announced plans to scale back its renewable energy business and focus purely on oil, gas and biofuels, we are told.

This report we see a day before "Earth day", where a group of climate hysterics are supposed to be gathering in Coventry to hear their leader James Hansen tell us we are all going to die unless we trash all our coal-fired power stations and mothball the "death trains".

Anything at all that inspires fury in the breasts of the hysterics, therefore, is warmly to be welcomed, although – in keeping with our beliefs, perhaps we should be cool about it. Cool is the new cool.

The demon of the moment, it seems, is Jeroen van der Veer, the chief executive of Shell. He is saying that renewables are a big no-no, resorting to corporate-speak when he tells us that, "I don't expect them to grow much at Shell from here, due to portfolio fit and the returns outlook compared to other opportunities."

Linda Cook, who heads Shell's gas and power business, elaborates, adding that wind and solar power "struggle to compete with the other investment opportunities we have in our portfolio". In other words, big oil is getting windy about wind.

Given the renewables obligation, which makes wind inherently profitable, it is a little surprising that wind is seen as so unattractive, but then with drop in the wholesale price of gas and oil, and the concomitant fall in the wholesale price of electricity, the balance of advantage has changed since we last looked at the economics. Not least, construction costs – especially for offshore wind – have soared.

But when we have John Sauven, the executive director of Greenpeace UK, declaring that Shell has "rejoined the ranks of the dirtiest, most regressive corporations in the world", we know we're on to a winner. Squirm, baby, squirm! I shall make a point of going to a Shell garage next time I need petrol.