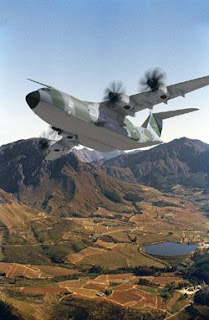 Now admitting the obvious, Thomas Enders, chief executive of EADS has conceded that the ill-fated Airbus A400M project may have to be scrapped. "The aircraft can't be built under the current conditions," he has told Der Spiegel. "It is better to put an end to the horror than have horror without end."

This is brought to us courtesy of The Daily Telegraph tucked into a down-page piece in the business section, which in itself is remarkable. In any grown-up newspaper, such a story – with its massive political and strategic implications should be front-page news.

But, after a diet of corporate bullshit from Airbus – which rivals even the "spin" from the height of the Blair era - we are finally getting to the crunch. Airbus has acknowledged that its A400M military transport venture has degenerated into a disaster. The aircraft is over-weight, its turbo-prop engines built by Rolls-Royce and France's Snecma are under-powered and there have been serious glitches in the software from MTU Aero Engines.

That is what we know about, but there have also been rumours of serious problems with the navigation software. There have also been huge problems with production integration, with component mismatches between the different satellite manufacturing centres, and a lack of design co-ordination. In other words, there are not the normal "teething troubles" that you get with any new aeroplane. They are systemic problems which strike at the heart of this doomed project.

The final admission of defeat, when it comes, will cost EADS dear. An outright cancellation will mean that it will have to repay €5.7bn in advance fees to its customers, plus as yet unspecified non-delivery penalties.

Political ramification go even further. The A400M was always a political project, aimed at giving the putative European Army its own independent airlift capability, securing political and operational independence from the United States. To that effect, the euroweenies set up in 2001 their European Airlift Co-ordination Cell as an embryonic EU air force.

The eventual aim was to pool the transport fleets around the common airframe of the A400M, in what was intended to be the "European Air Transport Fleet". A formal 12-nation agreement, in the form of a declaration of intent, was signed in November 2008.

Without the A400M, the "colleagues" will have to go cap-in-hand to the US for new airframes. Those will be subject to US law which imposes restrictions on their deployment and access to technology. The great dream is about to crash and burn.

For the UK, however, this creates more immediate problems, as the lack of the A400M will create enormous stresses on an already over-burdened RAF. The Lord Pearson and Lord Moonie are already on the case, with a sheepish government telling us that, "we are considering our options with partner nations and the company."

It had better consider its options pretty damn quick, or all we will be able to do is despatch colour photographs of A400Ms – which are the only thing EADS has yet been able to supply. A little bird tells us that the Taleban may be less than impressed, as indeed will we at the crumbling of yet another vainglorious European project.