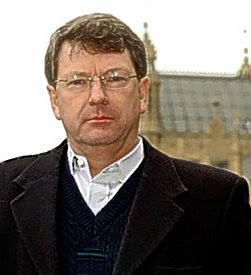 Jonathan Isaby on ToryBoy Blog tells us that Lynton Crosby, known by the Conservatives as "the Wizard of Oz", has signed up to run the Libertas pan-European campaign. Actually, Mr Crosby's record is so-so. He did run four victorious campaigns for John Howard down under but, presumably, also the last non-victorious one.

The Conservative campaign of 2005 was shambolic and the defeat was far worse than it ought to have been, given the standing of the government. Boris Johnson won but, I suspect, that had more to do with Ken Livingstone than anyone else. Well, maybe Lynton Crosby helped.

On the whole, I think this is a bad move for Lynton Crosby. His presence will not solve the inherent contradictions and silliness of the whole idea of a pan-European party.

It seems, however, that sitting French MEPs are signing up to the project though whether the announcement by Frédéric Nihous, chair of CPNT (that's the huntin' and fishin' lot) and candidate for Libertas that he wants a Europe that does not belong to Brussels but to "us", meaning, one assumes French politicians is enough to cheer the rest of us on, is questionable.