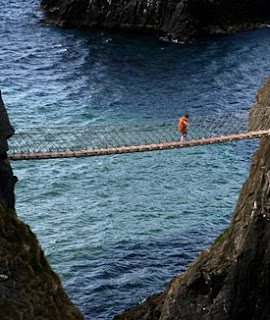 With The Times reporting on Tory disarray on tax, and more than a little heart-searching on the Tory Boy Blog (look at the comments), Janet Daley is looking at the uncomfortable prospect of those self-same Tories having to be "honest and straight" with the public sector.

This is another of those "elephant in the room" issues as the whole of the public sector has become so bloated that it forms a significant electoral constituency. Apart from the more general "public service cuts" mantra that Labour will happily throw at their rivals, anyone in the public sector is going to look long and hard at the Tories before voting for what could be a pay cut or redundancy.

Putting an edge to the argument though is Roger Bootle, who comments on the yawning chasm between the public and private sectors. On the latest figures, he writes, while pay in the private sector was down over the year by 1.1 percent in the public sector it was up by 3.7 percent.

If you are employed by the public sector you don't know what recession is all about, he adds. No reductions in salary or disappearing bonuses; no worries about your pension; no anxiety about losing your job; no increased tensions at work because of the pressure. You just sail blithely on.

Then says the man, "Whenever I travel about the country I never cease to be struck by the depth of anger about this contrast. It is going to intensify."

However, Bootle thinks the contrast will be temporary. There will be yet another stage to the recession. As soon as the economy starts to recover, and maybe even before, the next government will have to bring in massive cuts to public expenditure programmes. Thus:

If it is serious about improving both the financial position of the government and the productivity of the economy, these will have to involve substantial cutbacks in public sector employment. So the pain in the public sector could be intensifying well after the private sector position has started to stabilise. Indeed, if this economy is to return to health, it will have to.

And therein lies the bind. Normal laws of economics are suspended during an election campaign, while each side tries to woo the constituency which is most likely to bring it into office. And neither side can afford to ignore the public sector vote.

On that basis, Bootle's view that the contrast between public and private sector will be temporary may be misleading. Public expenditure can't be cut because no aspiring government can dare promise it. Yet, everyone with half an understanding of economics knows cuts must happen – which means that we will know that those who don't promise them are lying.

The question then for the voters to decide will be not whether the Tories are being "honest and straight" with the public sector, but which party is lying the most. That will be a tough call. It also means that the "yawning chasm" about which Bootle reports is likely to continue for some time. The "depth of anger" really is going to intensify.

Yesterday, I wrote of the electorate being in a "funny" mood. That brings to mind the old adage during officer training. Happy "troops", we were told, will always grumble. It is when they are not grumbling you have to worry. That is what is "funny" about what is going on. People are angry. We know this, and can feel it. But they ain't grumbling anything like they ought to be. That is baaad.

Maybe they're just sawing at the ropes on that swaying bridge.