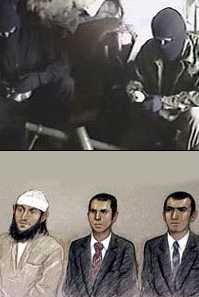 For all his huff and puff about banning the word "bomb" on internet searches, EU justice and security commissioner Franco Frattini has retreated back to (semi) reality and is now tailoring his original proposals to a more modest level.

He is now going for a criminal offence - punishable by minimum sentences throughout the European Union – of "inciting, recruiting and training for terrorism on the Internet".

This, says the commission is necessary to fight what it says is growing use of the Internet as a "virtual training camp" for terrorists. If Frattini gets his way, therefore, there will be an EU offence of "public provocation to commit a terrorist offence", that would apply to incitement even if it did not lead to an actual attack.
The offence, we are told by Reuters is defined as "the distribution, or otherwise making available, of a message to the public, with the intent to incite the commission of acts of terrorism".

In a nod in the direction of civil liberties campaigners, the proposal specifies that the new EU measure may not be used to reduce or restrict the spread of information for scientific, academic or reporting purposes. Also, "the expression of radical, polemical or controversial views in public on sensitive political questions including terrorism falls outside the definition of "public provocation to commit terrorist offences".

So much for Mr Frattini but, for the UK, incitement to terrorism, whether on the internet or by other means, became an offence in the UK under the Terrorism Act 2000.

Furthermore, in July of this year, we saw the first successful prosecution under this law, when three men, Tariq Al-Daour, Younes Tsouli and Waseem Mughal (see above - with an example of their handiwork) were convicted at Woolwich Crown Court and handed down sentences totalling 24 years. They had run a series of Islamist extremist websites and also made videos in support of "jihad".

However, such prosecutions are likely to be very rare as most website material can be published on offshore servers and there are many simple mechanisms for concealing sources. Only the very stupid or the careless are likely to get caught.

This notwithstanding, since other countries in the EU already have similar laws, one wonders what little Franco is playing at. Is this an example of the EU grandstanding, or is there another power grab in progress?