A "true myth" is born 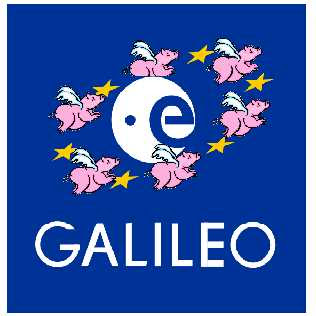 It is convenient for many of the Europhiliacs to dismiss much of what Christopher Booker writes as polemical, that is when they are not in total denial mode.

For many years, we used routinely to get letters from the EU commission office in London, starting with the words "Booker is wrong…" and they even had a section of their "Euromyths" website devoted to his stories. Hilariously, they had to coin a new category for him: "true myths".

Had the series continued, we might well have seen on the commission website a reference to Booker’s column last weekend when he picked up on the Galileo saga, citing freely from our work.

In particular, Booker noted that:

… once the new Lisbon Treaty, on which Gordon Brown is so keen, has been ratified there will be no way to stop Galileo. Under the treaty, the EU will at last be legally authorised to run its own space policy (until now it has had to do it on the sly through the European Space Agency, which is not part of the EU). This will mean that the European Commission, which is 100 per cent behind Galileo, will be able to apportion the costs of the project as part of its yearly budget, leaving EU taxpayers with no choice but to pay up.

Then, citing this blog, he added,

… as Dr North puts it, "while the committee's report makes highly entertaining reading, and listening to Mrs Dunwoody was even more entertaining, what they say or think makes not a blind bit of difference. The grand projet will go ahead. Our role is simply to pay the bills".

That this is one of those "true myths" is effectively confirmed by the report of a conference in Brussels last week, on "Growing Galileo" organised by the European GNSS Supervisory Authority. As reported by the Telematics Journal, it brought together "the whole ecosystem of Europe's satellite technology industry," with the aim of promoting Galileo and strengthening "overall support."

To that effect, Mrs. Barsi-Pataky, an MEP and Rapporteur for Galileo, made an emotional call for support, as did other delegates. But, what was especially significant in the report was its concluding paragraphs, which declared:

Europe's satellite and location industry is watching anxiously how Galileo makes its way past the many obstacles of European politics. However, there is almost unanimous agreement Galileo will be implemented. The project has simply progressed too far and has engaged too many companies and politicians to be stopped. The last thing the EU wants is yet another failure. The only question is when?

So, despite the strong opposition from the UK and the member states' lack of agreement on funding, the "colleagues" remain absolutely confident that the grand projet will go ahead.

And, to lay the ground, a strong propaganda effort is being mounted, arguing for continuation, the latest in The Financial Times, with one of the authors Pierre Bartholomé, former head of the European Space Agency's satellite communications design team.

The case made is that "Galileo is a technological place-marker ... Have it, and you will be a leader in understanding and exploiting the potential of one of the biggest technologies to have arisen in the past 50 years. Shun it, and you will end up less well equipped to reap the benefits of positioning from space." Thus, from a position where the rationale of the system was that it would improve on the US GPS, we now find that this is no longer necessary.

Simply, we are now told, "It needs to be equivalent, so that Europe is in the game. If it stays out now, it will be much harder ever to get in, because this is technology that evolves rapidly."

And, to achieve this, "the European Commission must assume clear ownership and top-level management responsibility, and equip itself to exercise the role of supremo effectively. All those involved will have to allow it to meet its targets, working with and directing the European Space Agency (ESA) as prime contractor."

So, what started as an intergovernmental project with the ESA in the lead, now is to become absorbed fully into the maw of the supranational state, for which privilege we are told that, "European Union member states must resist the temptation to interfere in the project once it kicks off anew."

On top of this, we are also informed that, "Policymakers need to stop duping themselves and others: it is idle to assume commercial revenue will cover all operations costs." Yet, when the project was originally agreed, it was on the basis of a solemn assurance from the commission that, after the initial pump-priming, the whole project would be self-financing.

And the reward for handing the system over to the commission is, we are cheerfully told: "... it can turn the system into an asset for the citizens and security of Europe."

So, as Booker puts it, echoing North, "Our role is simply to pay the bills". The pigs will fly and another "true myth" is born.