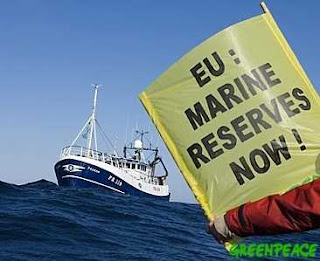 Around this time of year, our fisheries industry – what's left of it – always gets a brief airing, this being the time when our fisheries minister goes to Brussels to grovel to the commission, asking for permission for our fishermen to catch some fish.

So it was this morning that the BBC covered the issue and, to many listeners' surprise, actually seemed to wake up to the scandal of "discards" – the fish thrown back into the sea when the fishermen do not have the quota which allows them to land the fish.

The topical "hook" though was fisheries minister Jonathan Shaw, who has agreed that dumping thousands of tons of dead fish back into the sea because of EU fishing quotas is "immoral", a view supported by EU fisheries commissioner Joe Borg.

The particular problem for the moment is the abundance of cod in the North Sea, which fishermen have been reporting for many months – despite the continued wailing of "environmentalists" that the species was on its way to extinction.

Combined with the commission's ever-decreasing cod quotas, this means that trawlers after different species are also pulling up large numbers of cod which then have to be dumped overboard. Some accounts suggest that up to 60 percent of catches are being dumped.

While Borg does maintain that discards are "immoral", the problem is that he also believes there is "no clear solution", prattling about the difficulties of eliminating discarding and having "sustainable fisheries", a measure of quite how intellectually bankrupt the whole of the EU's Common Fisheries Policy really is. 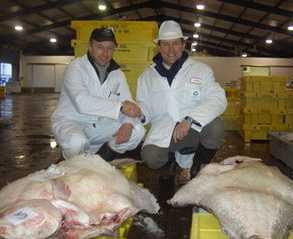 As Owen Paterson (pictured in right of photo) proved with his consultation paper on fisheries (after witnessing the obscenity of discarding for himself), there is no bar whatsoever to maintaining sustainable fisheries and banning discards. The problem is the EU itself, which insists on quotas as the only fisheries management system that it is capable of operating from Brussels – despite the devastating environmental impact.

The alternative is a "days at sea" regime, where boats are licensed to fish in certain areas for a specified number of days, a regime in which discards are banned and fishermen must land all they catch. But this must be combined with a highly responsive system of closed areas, where feedback on fish stocks can be used to close down areas where the number of juvenile fish being caught is excessive, that in itself requiring good local enforcement and strong peer pressure amongst fishermen – which only works within a framework of national control.

There is also a need for much more work on selective fishing techniques – which would be driven by a discards ban as fishermen would not want to waste valuable days at sea hauling in fish they cannot market.

But, instead of any rationality to this debate – based on actual knowledge of fisheries management – we get Shaw bleating about increasing the cod quota. This is a palliative at best, a half-hearted acknowledgement that we should be "looking at technological solutions" such as selective fishing techniques.

Then we get "activists" – an interesting way of spelling "morons" – like Helen McLachlan of the World Wildlife Fund whose answer to dealing with throwing dead cod back is to "not catch the fish in the first place". She is backed by Oliver Knowles, a campaigner for Greenpeace, who says the only answer is to stop fishing altogether in 40 percent of the world's oceans.

More drivel comes via The Daily Telegraph which has scientists from the International Council for the Exploration of the Seas wanting not an increase in quota but a 50 percent cut on 2006 catch levels - thereby ensuring a greater level of discards.

Nowhere, thus do we see any recognition that the essential problem with the management of our fish stock is entirely the result of our membership of the European Union which, for its own political purposes, insists on a management regime which is unworkable and ensures the destruction of more fish than we actually eat.

That was recognised by the last Conservative leader, Michael Howard, but not by the current "green" leader, David Cameron, who has not pursued what had become Party policy – the repatriation of the fisheries – and quietly shelved Owen Paterson's paper. Until Cameron, or his successor, reinstate the repatriation policy, fisheries will always – as far as this blog is concerned – be unfinished business.