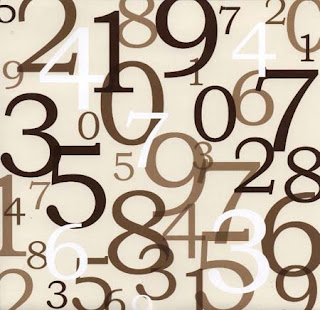 Without being a mathematician or anywhere near that I do find it extraordinary how flummoxed perfectly intelligent people are by numbers. Take those polar bears, for instance. Article after article will tell you that there are now only 25,000 polar bears in the world.

Terrible, we all say, except those of us who ask “only compared to what”. How many were there before? You start looking round and you find that the decrease in the population is putative and possibly there is an increase, according to official organizations like Polar Bears International.

You go on through various organizations that are demanding action because they think that the polar bear population’s survival rate will fall by the middle of this century and then you come across an article like this.

A survey of the animals' numbers in Canada's eastern Arctic has revealed that they are thriving, not declining, because of mankind's interference in the environment. In the Davis Strait area, a 140,000-square kilometre region, the polar bear population has grown from 850 in the mid-1980s to 2,100 today.

"There aren't just a few more bears. There are a hell of a lot more bears," said Mitch Taylor, a polar bear biologist who has spent 20 years studying the animals.

His findings back the claims of Inuit hunters who have long claimed that they were seeing more bears.

Only 25,000, it seems, is five times as many as there were thirty years ago. Even scientists who disagree with those statements admit that while the population may be going down in one place, it is going up in another. And, anyway, male polar bears are solitary animals, so a picture of a single polar bear does not mean what people think one means.

Whether the population has increased because of better conservation methods or because the bears quite like the warmer weather is irrelevant. The answer to what is happening to the polar bear population and why remains doubtful but produce numbers, add the word “only” and people get very worried.

For a while we were told quite solemnly that this country was more subject to drought than Somalia. That was before we became subject to rather a large amount of rain.

How does that work? Well, some bright spark calculated that less rain falls in Britain per head of population than in the Horn of Africa. Help, help!!! This is the end. Actually, it is not, despite the faux-mathematical proof. Whether it is true or not is irrelevant. The reason why certain parts of the world are more densely populated than others is because there is more rainfall there. Duh!

Anyway, here is a wonderful blog on that very theme. Via American Thinker we come to Numberwatch, which is working to combat Math Hysteria. Fantastic. I have a feeling I shall be referring to it rather a lot.

It is run by Professor John Brignell, whose scientific and academic credentials are quite impressive.

He has an entry on global warming (well, actually, he has a number of entries on global warming), which is of great joy. He gives a list of all the many things that are caused or will be caused by global warming, which, as he reminds us, amounts to 0.006ºC a year.

I can’t resist it, though I think our readers should look at the blog. Here is the list.

Professor Brignell is anxious to hear from anyone who has more examples.
Posted by Helen at 17:15