The British just don't do "visions" 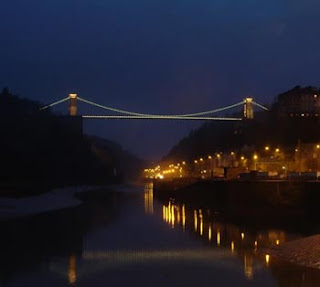 It seems that a certain Mr Ronald Vopel was not terribly happy with the House of Commons Transport Committee's opinion of the EU’s Galileo satellite navigation system.

Writing to the Financial Times, he tells the paper:

Any large project such as Galileo needs scrutiny with regard to costs and benefits. This, at least, is not "rocket science". However, we should keep two things in mind: British MPs are serving British interests. They are simply not competent to judge the merits of a wider European project and should leave this to the European parliament.

British attitudes towards the European Union and its projects have one problematic characteristic: a total lack of vision. There is no doubt that Galileo is a visionary project. We should not allow it to be put in doubt by people who just do not do visions.

Mr Vopel offers an address of "1000 Brussels, Belgium" but further inquiries reveal that he is a principal administrator, working at Unit ENTR/H-1: Aerospace, defence and maritime industries, part of the EU commission's Directorate-General for Enterprise and Industry.

One might have a little sympathy for Mr Vopel's point of view if he was prepared to put his own money where his mouth is. But, as is so often the case, the EU idea of a "visionary project" is one that they build and we pay for. And such is the arrogance of the man that he would deny British MPs the right to pronounce on issues which require a significant appropriation of funds from the British taxpayer.

However, there is one thing about which we can completely agree. As the picture amply demonstrates, we just don't do visions.