All part of the master plan 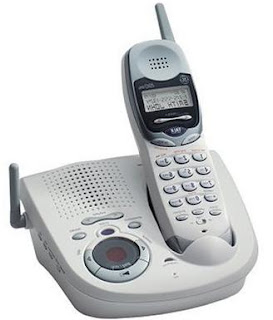 Disturbing enough in its own right, the report today on EU plans to create a European telecoms "tsar" in The Sunday Telegraph is even more sinister than it appears.

The paper tells us that Britain's telecoms watchdog, Ofcom, could have its decisions overturned by Brussels under proposals to create the "tsar", set to be outlined by the EU commission on Tuesday.

Through this means, decisions that affect the cost of phone calls, or how easy it is to keep mobile phone numbers when providers are switched, could be taken in Brussels.

The proposal is attributed to Viviane Reding, the EU information, society and media commissioner, and her department would have the power to scrap remedies to market problems put forward by national regulators such as Ofcom and enforce its own solutions.

This also involves absorbing by 2010, an organisation called the European Regulators Group, a forum for national watchdogs from the 27 member states. This would transformed into a super-regulator and renamed the European Telecom Market Authority (Etma).

It would be headed by an executive director, or telecoms tsar. The budget would grow from €12m (£8.4m) to €27m in three years. Staff would increase from 110 to 134 full-time staff.

Unsurprisingly, Ofcom and the British government are against the reforms and lobbying "to stop Reding's plan". Ed Richards, the chief executive of Ofcom, said: "A centralisation of power to Brussels, plus a new European bureaucracy, is not the answer."

But of course, it is the answer – but not to whatever question might have been posed by Ed Richard. It is the answer to the longstanding problem of how to achieve political integration, despite opposition from member states and their peoples.

This then justifies the creation of a European regulatory authority – which is what we are seeing here – under the control of the European Union. Thus, through economic integration, the reach of the central government in Brussels is extended.

And such an audacious plan was not hatched by Reding. Its true author was Jean Monnet, the creator of the "Monnet method" – sometimes known as "neo-functionalism". It is a direct attack on nationalism, but disguised as a mechanism to promote economic efficiency, competitiveness, or even "consumer protection" – whatever mantra presses the right buttons and attracts the necessary support.

But the underlying objective is wholly political, creating a state of "interdependence" – another of Monnet's favourite concepts - within the member states that they lose strategic control over key functions (the energy market is another) so that their affairs can only be managed by supranational government.

This is the "master plan" – it always has been, but hidden in plain sight, no one puts the pieces together until it is too late. And the one-dimensional media sees every facet of the plan in isolation, without ever joining the dots to see the bigger picture.