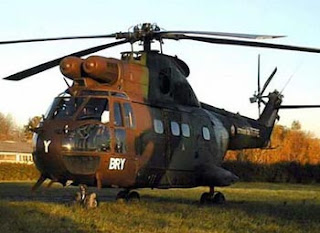 If you want to see the future of the European Union and understand the reality of its vainglorious ambitions, look to the present. In particular, look to the wearily predictable fracas over the supply of helicopters for the humanitarian mission in Chad, intended to relieve the suffering of the peoples of Darfur.

This is an issue on which EU member states are in the frame, in an area within the French sphere of influence and one which is crying out for urgent, practical action.

Yet, as the Associated Press tells us, the launch of the Eus peacekeeping could (yet again) be delayed, while the force commander Gen. Henri Bentegeat waits for firm commitments on the supply of vital helicopters.

All the man wants is a meagre dozen transport helicopters, which are absolutely essential to the mission as force multipliers to move peacekeepers quickly along the vast, sparsely populated borderlands west of Darfur.

Bentegeat says he is "very confident" nations would come up with around one dozen transport helicopters during the meetings in Brussels starting Monday but the very fact that the mission is supposed to start in December and he is still having to hand round the begging bowl tells you everything you need to know.

The ramshackle nature of the peacekeeping force and the weak commitment to it was well predicted in September, when there was plenty of time to get things organised and make the necessary equipment available.

So, Miliband can prattle all he likes about the role of the EU. But it is all empty rhetoric. When the chips are down, there is only one constant: Europe can't deliver.