Lie in the sky 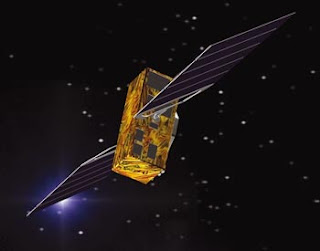 Reuters and not a few others tell us that the Transport Ministers in Brussels yesterday agreed to kick-start Galileo, voting 26 to 27 in favour – the only opponent being Spain, which wanted more pork barrel – the right to host one of the ground control centre.

Transport commissioner Jacques "Wheel" Barrot thus warbles, "Galileo is about to be launched …".

This means, of course, that the UK caved in and went with the project – not that it would have made any difference as Portugal had sought "legal advice" from EU lawyers who said that the decision need not be unanimous. Accordingly the qualified majority vote was used, which means that even had the UK objected, it would have been overruled.

Meanwhile, the US is doing its best to stuff the project, finalising its plans for its GPS Block III satellites, which will have about 500 times the transmitter power of the current system, plus second and third frequencies to contain civilian signal. Accuracy will also be improved to within three feet.

These new capabilities will be introduced incrementally in a series of three blocks. The first Block IIIA launch is scheduled for late 2013 and, by the time the system is complete, it will consist of 32 satellites – two more than Galileo.

Interestingly, the US is investing $1.8 billion in the first eight satellites in the GPS III range, potentially putting the whole system in the €5 billion range – well above the €2.4 billion slated for Galileo deployment – and the Americans have already got their ground stations in place, although upgrading those will also cost.

That suggest that the Euros might be considerably under-estimating the overall costs of their project – which would not be at all surprising. Since they've consistently lied through their teeth about the financing of this project, continuing the deception is only to be expected.

Called a "spy in the sky" by some – which it is not – perhaps the better name for Galileo would be "lie in the sky".