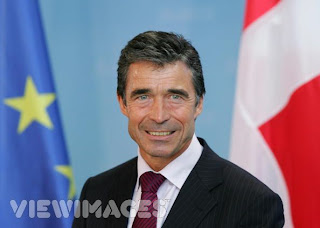 Both Reuters and AP report a statement by the newly re-elected Danish Prime Minister, Anders Fogh Rasmussen, on the subject of an EU referendum in Denmark. No, it is not a break-through for those who have been campaigning for a referendum on the Constitutional Reform Lisbon Treaty. That is going to be ratified without any recourse to the people.

What Mr Rasmussen is proposing is another referendum on the euro, rejected by the Danish people in 2000 but for which there is a marginal support in the opinion polls at the moment. Marginal support will not necessarily transform itself into votes, especially not if the economy of the eurozone remains a little choppy.

As our readers will recall, in the second Maastricht vote

Danish voters approved a revised treaty with clauses letting the Scandinavian country stay outside a single currency and banking system and refrain from joining a European defense structure or conform to EU citizenship laws and common law enforcement.

Is Mr Rasmussen running interference by trying to disarm those who are calling for a referendum on the treaty by promising a referendum on something nobody really wants except for the political establishment?