The politics of contempt 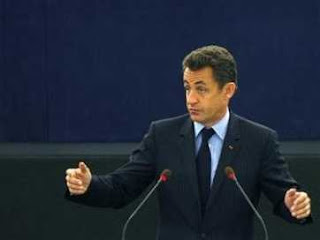 "Why aren't we shocked by a corrupt EU?" asks Daniel Hannan in a comment piece in The Daily Telegraph, then noting that taxpayers "seem to have subsided into a resigned funk."

This, evidently, he had interpreted as "voters' apathy", which he had found depressing – until he had a conversation with someone who used to be a marriage guidance counsellor. A marriage, she informed Hannan, can sustain any number of rows: as long as you're arguing, it means your partner's opinion matters. It is when the rows give way to scorn, she said, that the marriage is over.

This, to Hannan is "a perfect description of Britain's attitude to the EU." When he was first elected eight years ago, he used to get furious letters about Euro-fraud, but those letters have gradually dropped off. Anger has turned to contempt. People, he says, have given up on any hope of reform: they know that Brussels will never change and, in truth, they no longer much care. Sooner or later, almost matter-of-factly, they will initiate divorce proceedings.

That is a lovely thought, and one which pervades the general-purpose speech delivered by Nigel Farage of UKIP, a predicable mantra calling for an "amicable divorce".

The trouble is the European Union is not a one-to-one relationship between individuals who are in control of their own destiny and who can make or break relationships at will. If the analogy has any relevance at all, this is a shotgun marriage, where we are not allowed any say in the matter. The divorce courts are closed and shuttered.

That much is evident from the conduct of Nicolas Sarkozy in the EU parliament yesterday, picked up by England Expects and amplified by Bruno Waterfield in The Telegraph today.

Speaking in what he thought was a closed meeting of MEPs, he told his audience that referendums on the new treaty were "dangerous" and would be lost in France, Britain and other countries.

Quite simply, he was admitting that governments could not win popular votes on a "simplified treaty" – "There is a cleavage between people and governments," he said. "A referendum now would bring Europe into danger. There will be no treaty if we had a referendum in France, which would again be followed by a referendum in the UK."

Furthermore, the French president is well aware – as indeed are we – that this treaty is not the end of the process. He told the MEPs: "It would be a mistake to think that with the simplified treaty we have sorted everything, we can sleep easy and that no other issues are pending." And we already know that he is planning to use his turn at the EU presidency to call for new European powers in highly sensitive areas such as defence.

Tied in with Brown's stubborn refusal to give us a referendum on the treaty, we are thus confronted with a political élite that knows full well that it is embarking on a course of action that does not have the consent of the people. But it is determined to go ahead anyway. Its response to that lack of consent is to ensure that the people are never given the opportunity to express it in a formal way, while rigging the debate, to give the impression of consent.

Our masters have acquired and are displaying an utter contempt for the democratic process, the rule of law and the fundamental precepts which go to make up stable societies. In so doing, it is self-evident that they have nothing but contempt for us, the people. Thus, when he writes of our contempt for our masters, Hannan is not picking up an isolated phenomenon. We are simply reciprocating the view held of us by our masters.

The problem is that our masters may know this, but do not care. They have the power and they have (our) money. As long as the democratic process is so corrupt that elections are essentially meaningless – we can change the faces but not the government – they need not take any notice of us.

Thus, in our powerless state, all we have left is contempt – until, that is, that we move to the next stage. And that, despite Hannan's fond wishes, will not involve "divorce". It will be something altogether a lot more permanent.