Stakeholders are the "key" 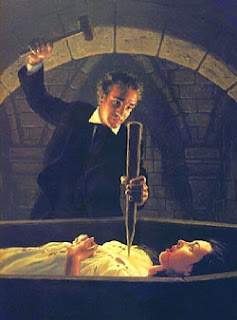 In a conference in the EU parliament yesterday, hosted by the Brussels-based online publisher EurActiv.com, delegates "explored ways of reaching out to EU citizens via national stakeholders".

It seems, therefore, that the EU commission has given up any hope of any success in directly communicating with its "citizens" and is thus relying on "civil society" to do the job for it. Businesses, trade unions and NGOs are all being enlisted to the cause, all under the master plan entitled "Communicate Europe in partnership".

The brainchild of the fragrant Margot Wallström, the objective is to win back popular support for the European project and reverse the decline in voter turnout at the next European elections in 2009. To that effect, "national stakeholders" are the key to bringing EU policy debates to citizens.

And, to set the scene, multilingualism commissioner Leonard Orban told the conference panel, "Let's be very frank: the EU institutions, the media or politicians cannot do it alone, without civil society. Companies, trade unions or other stakeholders contribute both to the shaping of decisions, but also to their communication."

This was echoed by Pascal Chelala, managing director of TNS opinion, who argued that there was a "real need for an EU communication policy from the political sphere towards the citizens", adding, "The gap between the EU and its citizens is recognised and there is a real need for the debate about Europe to be taken beyond the institutions to its citizens." 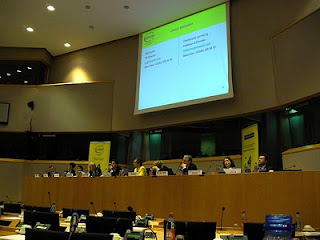 The real agenda, however, was the launch of the EurActiv blogger "platform" – its blogactiv site, its commission-sponsored effort to corral bloggers into a central, controllable niche. Like civil society, bloggers too must be "organised".

And, in a classic Orwellian inversion, founder and publisher of EurActiv, Christophe Leclercq, told his audience that "our main message is that EU communication should be decentralised radically for many reasons: political as well as the way medias are organised".

Behind all this is the thing that really seems to be worrying the "colleagues", a report of a media survey which found that online sources are increasingly important for journalists focusing on European affairs. The study also noted "the emergence of new internet tools, such as blogs", highlighting a trend towards decentralisation of communication channels.

So, in addition to buying up the NGOs, the race is on to control the blogosphere, yet more "stakeholders" to be enlisted to support the great European "project".

EU Referendum is, of course, open to offers.