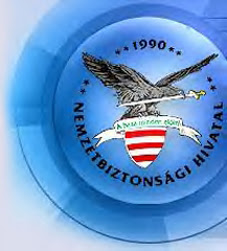 Another scandal seems to be brewing in Hungary though this one may be low-key at the moment and grist to FIDESZ’s mill later on. This story is to do with the new Director-General of the Hungarian National Security Office (NBH – Nemzetbiztonsági Hivatal, since you ask).

The new DG is Colonel Sándor Laborc, who spent six years in the bad old days being educated in the KGB’s Dzerzhinzky Academy in Moscow. On the official website there is a brief biography, which tells us that he was born in Budapest in 1958, has a degree in international relations, is an expert on the Far East, speaks Russian and Japanese and has served in the Ministry of Interior since 1978 one way or another (presumably. firstly as part of his compulsory military service). Nothing about the Moscow sojourn.

From 2000 to 2004 he was deputy director in the criminal investigations branch of the Hungarian tax authority, returning to the NBH as departmental head, becoming deputy director-general (operations) in February, acting DG on June 1 and now fully fledged DG.

This rapid promotion was made possible partly because of the resignation under thunderstorm-sized cloud by his predecessor, Dr Lajos Galambos, when it was alleged that he had sent national intelligence service agents to the home of a journalist who was working for the right-wing newspaper Magyar Nemzet (the one whose journalistic credentials were seriously doubted by at least one of our readers), investigating alleged corruption among senior members of the administration.

The idea was to scare the journalist in question into abandoning his search. It did not work out quite the way it was intended and Dr Galambos was persuaded to resign with Colonel Laborc becoming his successor.

Magyar Hírlap put it rather neatly (well, as neatly as the long-winded Hungarian journalistic style allows it):

This story is proof that we really do live in a post-communist system, with the emphasis on 'post'. As long as secret service members trained by the KGB are able to obtain top posts in Hungary, communism, which is supposed to have beenrelegated to the past, will live on. Haven't the 17 years that have passed since the fall of communism been long enough for leaders to be trained who are free of the Soviet legacy and compatible with NATO and the EU?

Ah yes, while we are on the subject, what has been the reaction of the EU, that bulwark of freedom, democracy and European values? Apparently none [scroll down for story]. There is a rumour, according to this report that there were protests from NATO ambassadors:

The dailies Magyar Nemzet and Magyar Hírlap reported earlier that the US's NATO ambassador had informed our NATO ambassador that they considered a graduate of the KGB academy an unacceptable head for the security services of an ally. The US also complained that the version of Laborc's CV received by a NATO special committee did not refer to Laborc's studies in Moscow and did not give the name of the college in question.

Heti Világgazdaság [a weekly] has learned that is quite possible that US security services objected to Laborc's imminent appointment. It is the first time since the regime change that such a high position has been entrusted to somebody who not only studied in the Soviet Union, but who studied at the KGB college - something that clearly poses a heightened security risk.

The Hungarian response was to deny any protests and remind everyone that this was an internal matter, which is questionable as Hungary is now in NATO and the EU.

We hear a great deal from the EU about the need to extirpate neo-nazism although the chances of anybody who had been trained by the Gestapo being appointed to an important post or even being alive are slim. Yet, KGB falcons (to use a well-known Soviet phrase) in high security positions do not disturb anyone in Brussels.

Of course one could argue that those famous European values have included various rather nasty forms of secret police and, thus, not worrying about it is not a contradiction for the EU. Also, there is a problem with cadres that are the right age to take on the position of security DG. Inevitably, they would have served under the old regime though not all of them would have been well enough regarded to be sent to Moscow.

That might disturb Hungarians at the next election, though, if FIDESZ plays it right.