Will this be the necessary compromise? 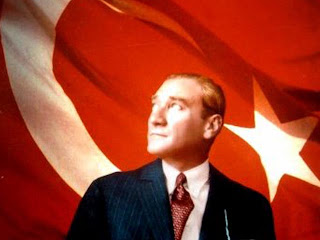 The EU has criticized Turkey for still keeping a law, which makes it a crime to insult Turkishness and Turkish identity. In practical terms what this legislation has meant is a virtual ban on any discussion of those Armenian massacres of 1915, a subject on which there is much heat generated in many places and on both sides, but so far, little light.

The Turkish government’s response was that it has a ready proposal that it will bring to parliament very soon, that will amend the infamous Article 301 of the penal code, under which writers, journalists and historians can be tried for “insulting Turkishness”.

The immediate point is that this is Turkey once again trying very hard – if the law is really amended – to be European and, perhaps, a worthy member of the European Union, the former becoming more important to many in that country than the latter.

There is, however, another aspect that one should take into account. If Article 301 is amended, will the Turks not be required to call the events of 1915 genocide? As we have pointed out before, French legislation that would force everyone to do just that (there’s freedom of speech for you) has been quietly shelved and the Congress Resolution, which has come to nothing, was a non-binding one.

Is this, in another words, the necessary compromise? We shall see.

Meanwhile, there are other developments. Turkey has confirmed the arrest of an Al-Quaeda suspect wanted in Germany on suspicion of being involved in plans to attack American targets there. Undoubtedly, Turkey will start reminding EU member states of its readiness to co-operate when the time comes for wanting PKK terrorists.

As far as dealing with PKK goes, Turkish President Abdullah Gül has announced that decisions have been taken but these are not being revealed at them moment though the talk is still of the need to co-operate with the Iraqi government and, in particular, the American military and political authorities.

Prime Minister Erdogan has met President Bush to discuss the situation and it would appear that they agreed to share intelligence on the subject. It is not clear what kind of support Bush has offered and whether the Americans will accept the idea of Turkey trying to solve the problem herself.

At present the Turkish army and the Turkish government are in agreement that something has to be done to stop raids across the border but that something is unlikely to be full-scale invasion. They are still relying on the Americans to put pressure on the Kurdish government to hand the PKK leaders over or to clear out the organization. The general feeling is that probably an assurance of some kind was given during the meeting.