Death of an important man 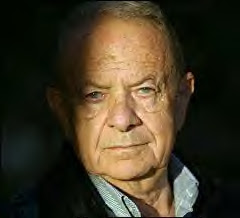 Some years in history have been so significant that their very mention leads to people snapping to mental attention. Not all of the people and not all of the time but enough. In the twentieth century we have had a number of these years: 1914, of course, when it all started; 1917, the Russian Revolution and the Bolshevik coup, the outcome of which has not yet been decided fully; 1945, the end of Nazism and Fascism; in Russia there is also 1937, the year that symbolizes the Great Terror; 1956, the year of Khrushchev’s speech, of the Hungarian Revolution and of the Suez debacle; 1989, the collapse of the Berlin Wall.

In my posting on Khrushchev’s speech to the Twentieth Congress of the CPSU I wrote:

It is said that the speech produced an unprecedented effect. People fainted in the hall.

Supposedly secret, the speech was passed on to some Soviet and East European organizations. It was also smuggled out by one or two of the foreign Communist leaders who had been present. (One, the leader of the Polish party had a heart attack and died.)

The news a few days ago of the death of Viktor Grayevsky allowed some to bring some clarity to the events. It was not widely noted, not even in Britain, despite Michael Ledeen’s flattering comment in his column on Pajamas Media.

In fact, so far as I can make it out, only the Daily Telegraph published an obituary.

There are one or two problems with both pieces. One is that they describe Mr Grayevsky as a double agent, who worked for the Soviet Union and Israel. The truth is that there is no such thing as a double agent. There are, of course, people who will work for anyone for money and have no loyalty to anybody. They do not really count.

Then there are people who pretend to be working for one side while really they are working for the other and that pretence is part of their work. Thus, Kim Philby was not a double agent. He was a Soviet agent who used his position in various branches of the British security services to further his work.

In the same way, Mr Grayevsky was not a double agent, for all that the Soviet Union awarded him the Lenin Medal (which he prudently did not collect in Moscow). He was an Israeli agent who supplied the Soviets with dubious information.

For many years after coming to Israel Grayevsky also worked as a double agent, posing as a Soviet spy but in fact serving the Israelis by feeding disinformation to Soviet intelligence officers. His Soviet handlers in Israel were KGB officers working under diplomatic cover or posing as clergy from the so-called Russian Orthodox Red Church in Israel.

Given that all the priests in the “Red” Church were KGB agents, inside and outside the country, I do not quite see why anybody had to “pose”.

However, Mr Grayevsky’s greatest achievement came earlier. He it was, who first managed to get a copy of Nikita Khrushchev’s speech to the West. Later there were others who managed to pass it on to certain East Europeans.

Grayevsky became a convinced Communist in Poland after the war, not least because of the Nazi extermination of the Jews (though he did have to change his name from Spielman because even in the People’s Republic he was not going to get far with an obviously Jewish surname). However, in 1955 he visited his sick father in Israel and what he saw there made him a Zionist.
It is possibly the tension between those two ideologies as well as journalistic instincts that made him play that crucial role in twentieth century, as the Telegraph obituary describes it:

Grayevsky had been able to obtain a copy with the help of his lover, Lucia Baranowski, wife of Poland's deputy prime minister.

He had come to see Lucia at the headquarters of the Communist Party, where she worked as secretary to Edward Ochab, the party leader.

Grayevsky recalled: "I noticed a thick booklet with a red binding, with the words: 'The 20th Party Congress, the speech of Comrade Khrushchev' written on it." The booklet was one of the few top-secret copies sent from Moscow to leaders of the Eastern Bloc countries. Lucia allowed Grayevsky to remove the booklet for a couple of hours, and he took it to the Israeli embassy in Warsaw, where it was photocopied.

The document provided a unique insight into the workings of the Soviet leadership. It was also the first official Soviet admission of the horrors perpetrated under Stalin. At the time Grayevsky was not employed as a spy, and he was not paid for his action, which arose from his Zionist convictions.

As there was no mention of the fact that Stalin’s second purge just before his death was largely anti-Semitic, Zionist convictions do not seem to me to be a good enough reason for Grayevsky’s actions. An understanding of the document’s importance need not have relied on any political conviction though, obviously, he had slipped far enough away from Communism not to react the way most East European leaders did and that is suppress all knowledge of the speech.

Michael Ledeen describes some of the outcome in the West. Neither he nor the Telegraph mention the effects on Eastern Europe for some reason.

The speech made headlines around the world, and Khrushchev’s revelations were vigorously exploited by the United States, shocking the Communist faithful. But even more importantly, the speech provided a clear window into the world of Soviet Communism for American analysts both in and outside the government. Until then, it was possible for intelligence analysts and foreign service officers to believe that the Soviet system wasn’t all that horrible. The speech put paid to that delusion.

In keeping with the general rule that the most important information about the Soviet Union invariably came from “walk-ins,” and not from “agents” recruited by CIA, Grayevsky performed his world-changing act solely out of personal conviction. He had recently visited Israel to be with his dying father, and he had become a Zionist, secretly determined to emigrate to Israel as soon as he could manage it. But he was not working for the Israeli Government, or indeed any Western country.

Makes one wonder about those intelligence analysts and foreign service officers. After all, it is not as if there had been no information about the Soviet Union before. Had they not read Alexander Orlov, Walter Krivitsky or Viktor Kravchenko? Clearly not.

What mattered to the faithful, on the other hand, was that very swiftly other sources from Eastern Europe confirmed the fact that this was, indeed, the speech the CPSU’s First Secretary made at the Congress. Once made, it could never be unmade. Once Viktor Grayevsky got the speech out into the open it could never be made secret again, except in its own homeland, where it took another 30 years for the “secret” speech to become open.