Not the "Greens" or Green politics, this time, but Sir Andrew Green of Migrationwatch, the man who above all others has put immigration on the political agenda and made it respectable.

However, there is a huge gap in Green's armour – the European Union – a subject about which he is reluctant to write and, when he does, it is invariably to play down its role and the effects on our immigration policy.

So does he write in today's Sunday Times, under the heading, "Hold back the immigrant flood", but with a strap line, "The real long-term problem is immigration from outside the EU".

This is not the first time by any means that Green has written to expound this thesis, his other notable attempt in August 2006, when he wrote for The Telegraph under the more direct heading of: "EU immigration is not the problem".

In today's article, however, Green goes that bit further, first picking on "a series of policy errors by the present government", of which he identifies three. First, it abolished such border controls as it inherited. Then it trebled the number of work permits to 150,000 a year, plus dependants. Finally, it hopelessly miscalculated the inflow of east Europeans.

These policies can and should be reversed, he writes, but then rules out the idea of any ceiling applying to European Union citizens. That, he declares, is not a long-term problem:

Before the recent enlargement, migration to and from the EU was roughly in balance and arrivals from the new east European members are now fairly steady at about 200,000 a year. The net inflow will decline as other EU members open their labour markets. Holland and half a dozen others have done so. The key countries, Austria, Germany and France, have kept their markets closed but restrictions have to be lifted in May 2011.

Added to that, as the economic level of east European countries approaches ours, there will be much less incentive to migrate. There was a blip for a few years when Spain, Portugal and Greece joined the EU but the net level of immigration has now fallen back.

Furthermore, those here will be more likely to go home. Many intend to spend several years here, save some money and then return to their families. As they do so, their numbers will counterbalance those still arriving so net immigration will fall.

Meanwhile, the pool of young people in eastern Europe will grow only slowly. The population of 18-year-olds in the two most populous countries, Poland and Romania, is projected to fall by about 30 percent in the next 10 years.

What this adds up to is that, over a decade or so, net east European immigration to the UK is likely to decline substantially. The real long-term problem is immigration from outside the EU. Here populations are growing rapidly and huge numbers of young people are without work and prospects. It is vital that our immigration system should be a barrier to such people. 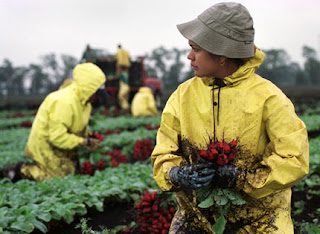 Yet, in this, Green is hopelessly and fundamentally wrong. What we are seeing is a migration flow similar in extent and causes to that which we started in Britain in the 16th Century enclosures which developed in the 17th and continued through the height of the industrial revolution into the mid 20th Century.

This is the shake-out from agriculture, turning the country from a largely rural society, dependent on subsistence cropping and animal husbandry, to a predominantly urban industrial and now post-industrial society.

But, while the process took several centuries in Britain, it is happening all of a rush in the former Communist satellites which, having had their development held back, are now being forced to catch up with the 21st Century.

Poland is a good example of the phenomenon. At the fall of the Berlin Wall in 1989, something like 25 percent of its 40 million population was engaged in agriculture, mostly very primitive, in small lots with poor productivity. By contrast the UK, with its far more advanced industry, sustained less than one percent of the population. Even in France, the percentage is now less than three.

Thus, Poland was in a position where, over a very short space of time, it needed to bring its agriculture up to date and thence shake out eight million of its population which, in the ordinary course of events, would be expected to migrate to the towns and cities, matching the industrial development of country.

This was achieved in Britain – but not without considerable pain – because the shake-out coincided with the industrial revolution, which absorbed the displaced labour, while the growth of Empire gave Britain a ready market for its manufactured goods and fuelled the industrial expansion.

In the Eastern European countries, however, while the shake-out is proceeding apace, aided by the progressive (if partial) implementation of the EU subsidy regime under the CAP, this is not being matched by the growth of employment opportunities in the towns and cities. 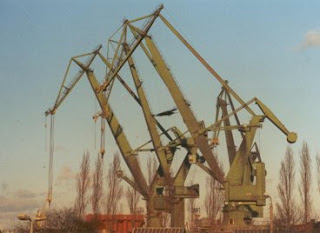 In fact, again pushed by the EU, state aid is being reduced (affecting even the symbolic Gdansk Shipyard) and old, high polluting industrial complexes are being closed down under EU environmental laws. Thus, far from expanding their industrial bases – and the employment opportunities with them – the Eastern European countries are finding that they are dwindling. And those new enterprises which are springing up are built to high efficiency standards, aiming at minimising labour use.

In the third of what is a triple-whammy, in contrast to Britain as an emerging industrial nation which had untapped global markets to exploit, the Eastern European countries are competing in a developed, globalised economy, fighting against low-cost producers like China and the other Far Eastern economies. Even with its low wage base, countries like Poland cannot hope to compete on price for a wide range of goods and is way down the line in building a knowledge-based or service economy.

Unable to absorb displaced labour from its rural economies, or develop a high-employment urban base, therefore, these countries have only one option – mass migration, exporting their populations. Thus, far from stabilising, as Green asserts, we are only seeing the beginning of the migration pattern which as the pressure intensify, will see even greater numbers of workers looking for pastures new.

However, this is not the only extent of Green's myopia. As Booker points out in his column today, very much echoing the themes of this blog, not only is there EU immigration to consider, but immigration from third countries, permitted or required by EU law, made possible by the fact that we have surrendered control of the bulk of our immigration policy to the EU.

Thus it is that, while Green would like to see curbed the influx of spouses and dependent relatives of immigrants, under EU law, we are obliged to permit them entry.

Oddly enough, Green concludes his Sunday Times piece by noting that, "we can at last speak about the elephant in the room". But, when it comes to elephants, it seems that he has an elephant of his own about which he dares not – or cares not to – speak.