Ship without a rudder? 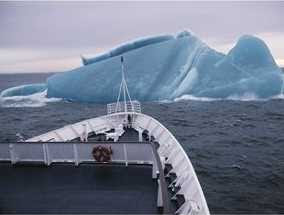 When the Europhiliac David Miliband was appointed as foreign secretary in Brown’s cabinet, this blog took it to mean that Brown himself was demonstrating a hitherto unsuspected (by some) degree of Europhilia. This suspicion was reinforced by the subsequent appointment of Malloch Brown, which further strengthened the Europhiliac tendencies.

However, two very similar stories today, one in the Telegraph and the other in the Observer put Miliband on the fringes of the Cabinet. As the Observer puts it, he is "Disaffected. Left out. Unhappy".

Current tensions are put down to No. 10's changes to Miliband's Bruges speech, leaving out a reference to a call for an "EU capabilities charter" as a more concrete contribution to the development of an EU defence identity.

The interesting thing is that, before this had emerged, this blog was already questioning whether Miliband was truly expressing views held by Brown, and the current stories seem to confirm what we suspected, that the foreign secretary is indeed largely out on his own.

This further adds to the Brown paradox where it is more and more difficult to divine what the man really stands for. One the one hand he is allowing a huge step forward in political integration through the Lisbon treaty and, on the other, he is showing no general enthusiasm for the "project".

More and more, it begins to look like there are no core principles motivating Brown, and no real direction. The great ship of state, it seems, may not have a rudder. And we all know where that leads.