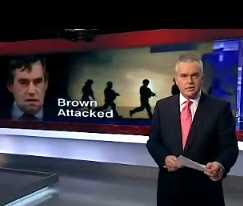 For once, the BBC is ahead of the game. It is the only media outlet so far (at the time of writing) to recognise the political importance of the "unprecedented attack" on Gordon Brown by no less than five former defence chiefs in the House of Lords yesterday.

Featuring it as its lead item on the ten o'clock news, the BBC had Admiral Lord Boyce mount a personal attack on the prime minister, attacking his decision to give Des Browne the combined role of defence secretary and Scottish secretary.

"It is seen as an insult by our sailors, our soldiers and our airmen on the front line," he said, adding: "And I know because I have reason to speak to them a lot. And it is certainly a demonstration of the disinterest and some might say contempt that the prime minister and his government has for our armed forces.”

This was followed by another former defence chief, General Lord Guthrie, who said Brown had been "unsympathetic" to the military, and accused him of being the “only senior Cabinet minister who avoided coming to the Ministry of Defence to be briefed by our staff on our problems."

All of this took place while Brown was out of the country, en route to the Commonwealth summit in Uganda, giving rise to accusations that the timing of the attack was deliberate, aimed at bouncing the prime minister into agreeing to a substantial increase in defence spending.

However, as we pointed out recently on Defence of the Realm, despite outwards appearances, this now concerted campaign is not about funding our Armed Forces for their campaigns in Iraq and Afghanistan. Those are adequately funded and thus, contrary to assertions made by the "fighting five", troops are not going to be dying for lack of funding to buy equipment.

The reality of this campaign is that it is aimed at protecting the full spectrum of "big ticket" equipment programmes, in the face of the anticipated cuts. These have been affected by spiralling inflation of defence costs and the exponential increases in the costs of high-tech platforms, which means that not all of them are affordable from the current budget. Furthermore, many are seen as irrelevant to the needs of the current Armed Forces engaged as they are in fighting low-tech enemies.

In addition, whatever else might be motivating the former defence chiefs, it should not escape attention that much of the projected "big ticket" spending is devoted to fulfilling Blair's undertaking to equip the Armed Forces as a fully-fledged "expeditionary force", ready to take a full part in the European Rapid Reaction Force. Even though no one talks about this, the ERRF is still there, and British commitments stand. 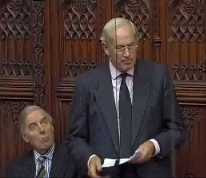 The fact that arch Europhile General Lord Guthrie is playing what appears to be a lead role in the current campaign for more spending may not, therefore, be a coincidence (and is it then a coincidence that the BBC is so interested?).

We have already speculated that protecting the EU dimension of British defence policy may be his primary motivation, his actions triggered by signs that Brown lacks enthusiasm for promoting EU military ambitions.

There may, of course, be other motivations but, while the media are slow to see the underlying agendas behind the up-front demands for money, a lot more is going on than is showing on the surface. But, in that the campaign is being focused on financing current operations, the "five" are in fact exploiting concerns about the safety of our troops, and their conditions of service, for reasons they have not fully (or at all) declared.

Politicising defence needs in this way - in effect, using the Armed Forces as a political football - is a very dangerous game. These retired military men are playing with fire, which could rebound on them and damage seriously the standing and capabilities of our forces. They need to think very carefully about the wisdom of what they are doing.

Cross-posted on Defence of the Realm.