Anyone would think it was a tragedy 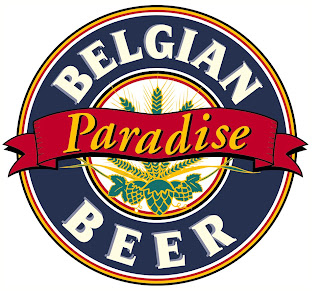 The language that surrounds the latest collapse in the possible coalition talks seems to me to be unbearably gloomy. International Herald Tribune quotes Associated Press:

Belgium slumped into one of the deepest political crises in 50 years on Wednesday when coalition talks between Flemish and Francophone parties collapsed under the weight of incessant recriminations between leaders of the language groups.

Well, I don’t know. Why can a country not get on perfectly well without a government? Particularly when, as in the case of every European Union member, the country in question gets something like eighty per cent of its legislation from the real government, the one in Brussels?

Or when, as in the case of Belgium, the country is a federation whose parts have long ago drifted apart?

So, should one really be in such deep mourning and talk of:

Belgium is on the brink. A country formed only in 1830 is staring into the political abyss today, and the distinct possibility of breaking up. Yves Leterme won last summer's elections, and has tried, but so far failed, to form a coalition government to run his country. Today may see the beginning of the end.

To be fair, the latest developments probably have pushed the country further apart:

After a record 150 days without government, Flemish parties worsened the situation by using their majority electoral clout in parliament to vote for the carve-up of a bilingual electoral district in and around Brussels.

They did so for the first time in many decades, and against the wishes of their Francophone counterparts, effectively ditching a long tradition of consensus politics.

Well, that’s it. Ditching a long tradition of consensus politics? I guess that means war but somehow I cannot help thinking of the Marx Brothers in “Duck Soup” when Freedonia goes to war with Sylvania.

Hmm. I think I prefer Groucho and Chico Marx exchanging insults. Well, let us be serious. Why exactly should Belgium stay together as a country?

Created in 1830 by perfide Albion as represented by the then Foreign Secretary, Viscount Palmerston, for her own purposes, it has lost the loyalty of a good deal of her population and, as we know from fairly recent history, a country cannot stay together if her people do not wish it.

As for not having a government, well, that’s democracy at work. If the people’s representatives cannot form that government, they had better go back to the people and ask them what is to be done. (On November 7, the ninetieth anniversary of the Bolshevik coup I could not resist that reference, not that either Chernyshevsky or Lenin intended to ask the people that question.)

Belgium has now been without a government for 150 days and we are told that this is a record the country would rather do without. Why? I should have thought it is a record to be proud of and I wish to enter our own country into the competition. Let’s see if we can beat it.