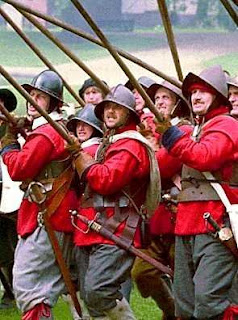 Ideas crop up in the oddest places. Take Anglospherism, the most interesting political idea of the last twenty years (thirty if you go back to Alan Macfarlane's "The Origins of English Individualism" first published in 1978), which has been getting around.

More recently these ideas were taken up and developed by Claudio Veliz in "The New World of the Gothic Fox", a comparison between British and Spanish imperialism and, above all, by James Bennett in "The Anglosphere Challenge".

One of the greatest tragedies of recent political development is how long it is taking for Britain, its people and its writers to take on the ideas of Anglospherism and to try to understand them. (Hint: it has little to do with race or ethnicity)

Wait long enough and it will crop up as it has just done in the Independent, in an article by the columnist Simon Carr who makes some interesting points about this country's history, not least its love of regulations that is as long as the acknowledgement of the importance of private property.

And if this is hostile to current administrative thinking, the Prime Minister can take inspiration from our historic appetite for regulations. New laws were absolutely at the centre of this system of liberty. In fact, there were called "liberties" (cf "taking liberties"), and they all depended on grants of privileges by higher authorities. A "restless spirit of interference" actuated the lawmakers, as one scholar put it. So cities were granted or sold charters guaranteeing them rights. Same for classes of people, or trades.

Towards the end of the Middle Ages, wages were specified, trading partners were itemised in the book, lower-status dogs were kept off the streets during certain hours while "genteel dogs" could roam at large. But it didn't last, this entangling net of regulation.

A brilliant analysis comes out of this. Macfarlane suggests that British liberty was the result not of tolerance, inclusiveness and respect, but of the struggle for dominance between estates of the realm. The monarchy. The church. Parliament. The barons. The judiciary. The peasants, occasionally. They all secured victories, but none of them triumphed. Thus the state of British liberty existed in a state of dynamic tension between equally poised groups jealous of their rights, privileges and independence.

The equilibrium, Simon Carr thinks, is now being disturbed.

To be fair, it has been disturbed many times in the past and reasserted itself. Will it do so again, is the big question. Then again, one could just re-enact past battles and past glories as shown above.
Posted by Helen at 18:18