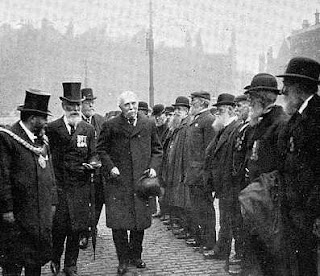 Not content with his predecessor’s commitment to seeking a 20 percent cut in carbon emissions by 2020 – all part of the collective madness that is the European Union – Gordon Brown is, we are told, going to promise today to raise the British target to cut carbon emissions by 60 percent by 2050.

This will be during his first environment speech as prime minister, signalling an even higher level of madness than has yet been apparent. Already, civil servants are telling the government that the EU target is unachievable, even within the timetable of 13 years – well beyond the planning boundaries for any democratic government.

But such is the fantasy world modern leaders inhabit that this clearly seems to Brown to be entirely sensible. The pity of it is that, instead of looking at the man mouths agape in disbelief, and calling for the men in white coats, the journos today will be taking him seriously.