The reform that dare not speak its name 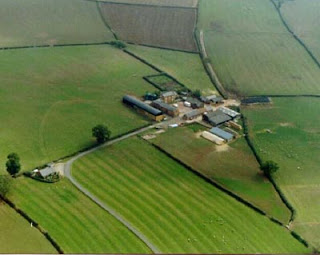 Keen though they are to call the EU constitution a "reform" treaty, the “colleagues” are distinctly reticent about applying the word “reform” to yet another round of er… reforms to the Common Agricultural Policy.

Indulging in their love of circumlocutions and constructive ambiguities, this time they are calling it a "health check". Agriculture commissioner, Mariann Fischer Boel tells us that the process underway is a more "nuanced" approach aimed at a way of achieving "a better way of handling available resources."

This "nuanced" approach is an extension of what is known in the business as "modulation", creaming off subsidies paid to farmers and diverting them to rural development.

The "modulation" level now being proposed is €100,000 which means, according to the IHT that amongst the losers will be the Queen (ours, that is) and the owners of East Germany's Communist-era collective farms.

The plan, of course, must be approved by member states, and there they might have a little difficulty. In 2002 a plan to cap farm subsidies at €300,000 was blocked by Germany and Britain. And while the UK does, in principle, favour reform, the current scheme adversely affects British farming, which has the largest average farm size in Europe.

However, the plan may be more "nuanced" than it appears. Jack Thurston, co-founder of farmsubsidy.org, calculates that the current proposal would affect only 1.7 percent of spending on direct farm aid. Given that total subsidies paid amount to €55 billion out of the total EU budget this year of €116 billion - and direct aid is less than half - this does not make a serious dent in the system.

No wonder the commission does not want to call their plan a "reform".