The corrosive effect of (EU) money 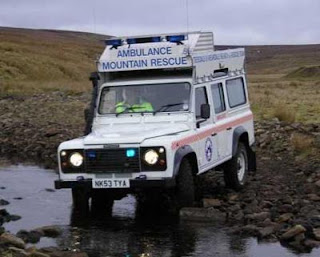 Booker offers his usual eclectic mix, including a highly welcome plug for our book Scared to death. We also get a mixed reception in the letters page, with James J Diamond, Prof of Chemistry, from McMinnville, Oregon, roundly declaring that, "Christopher Booker and Richard North are being irresponsible."

Well, we’ve been called worse, but it is an interesting sign of the times that some people seem to think that even daring to question the orthodoxy is "irresponsible".

Anyhow, apart from noting the delightful propensity of the EU to pass laws for us to obey while ignoring them itself, Booker also picks up on the Reporters Without Borders story that we reported last week.

He observes that in its "Free Press Index", the top 14 places were all occupied by European countries, almost all of which naturally are members of the EU. The bad news is that Britain ranks only 24th on the list, and the USA 48th, just behind Nicaragua.

Citing the original source material, Booker then suggests that a possible explanation for these surprising findings is that a significant part of the RSF’s income - annually amounting to more than €1 million euros - comes from the French government and you and me, via the EU commission.

Considering how often the RSF's findings are cited in the European Parliament, he adds, "one must assume that one of its indicators of 'press freedom' is a willingness to say nice things about the EU. I am sorry if this column means that next year Britain’s ratings fall even further."

In airing this story, Booker is the first journalist in recent times to bring attention to the torrent of EU (and government) money pouring into "organised civil society" and, the more one thinks about what his happening, the more suspicious and sinister it becomes.

As we pointed out earlier, this is all part of a serious and structured attempt to use civil society to promote the European "project", as set out in our Bruges Group publication on the issue.

It occurs, however, that the distortions created by the diversion of money to groups likely to support the political ends of the EU might be having other effects on civil society. We see in The Sunday Telegraph today, for instances, that membership is plummeting of the more traditional organisations which rely on volunteering.

Although there are complex and varied reasons for this, one cause cited is "government cutbacks in recent years". The paper notes that the total grant to more than 200 Mountain Rescue teams in England and Wales (one pictured) is now just £30,000 a year, despite members increasingly being called in to help with routine police work.

Compare this – less that £150 per team - with the largesse thrown at the increasingly political "charity" War on Want which shows in its accounts a grant from the British government of £348,132 plus another from the EC commission of £245,731.

When you find that one of War on Want's objectives is, "Working within European and global coalitions of like-minded organisations where appropriate, in order to increase the reach of our influence," and one of its projects is, "Strengthening the call for international action against occupation," in partnership with the "Stop the Wall Campaign, Palestine", you can quite see why it is deemed more worthy of funding than organisations which simply mind their own businesses and concentrate on saving peoples' lives.

But, as Booker records, the corrosive effect of this money – our money – is highly corrosive, and possibly in more ways we had imagined.