The European Arrrest Warrant is being used in an unexpected way 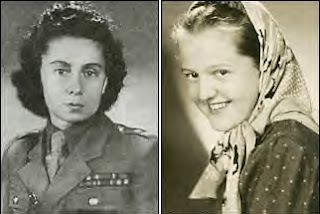 An interesting story has been doing the rounds, picked up by several newspapers in Britain and abroad. It is also, I believe, exciting some interest in Poland for reasons I hope to discuss in what is likely to be a longish piece. I have a kind of a personal interest as I knew several of the players some years ago when I lived in Oxford.

First the facts as they are at present. The District Military Court in Warsaw has issued a European Arrest Warrant to extradite Helena Brus-Wolinska, the widow of a well-known Marxist economist Włodzimierz Brus, a professor, recently emeritus, at the University of Oxford on charges of falsifying evidence against General Fieldorf, one of the heroes of the Polish anti-Nazi resistance and a victim of the post-War Communist purges. Helena Wolinska was, at the time, a military prosecutor, allegedly responsible for the lengthy imprisonment, illegal by the supposed Polish code of laws of the period, of the general and a number of other fighters in the Armija Krajowa that is the Home Army, better known as the Polish Underground.

[The picture above is of Helena Wolinska in a major's uniform and of General Fieldorf's daughter in the early fifties.]

The rest of this story and its ramifications are in a long posting on EUReferendum2. It has everything, including sex and violence. Can't say fairer than that.
Posted by Helen at 20:44