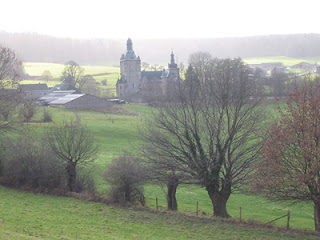 The Netherlands has always been proud of its drugs policy. Drug addicts are treated as being ill, and given medical treatment as such, not criminalized as in so many other countries, It's a strange situation based, like a lot of other Dutch law non-enforcement, on 'tolerance' (turning a blind eye or, as the Dutch call it, gedoogbeleid). You can buy and possess soft drugs up to a certain quantity "for personal use" - cross the limit and you are automatically classed as a dealer. Coffee shops are grudgingly permitted, though border towns regularly complain about the nuisance caused by "drugs tourists" from our not so enlightened neighbours.

Our liberal policy hasn't endeared us with some of those neighbours; it's been a constant source of conflict with France, who have often tried to use political leverage to change Dutch policy,and Germany (who in a quite shameful incident at one point prosecuted a Dutch citizen - Harm Dorst - for selling soft drugs to Germans in Arnhem, where it was actually quite legal).

The European Commission is starting to tread on sensitive ground with its announcement that it wants to force member countries to ban the popular party drug BZP (benzylpiperazine). Banned by the American EDA on a totally fraudulent report that it is 10 times more powerful than amphetamines (when in fact it's ten times weaker), the harmful effects and addiction levels are still unclear.

Nevertheless, the European Commission has decided to propose to the Council to make BZP subject to control measures and criminal procedures. In the words of Vice President Frattini "... This decision is an illustration of the European Union's risk assessment system at work. We have a responsibility to protect European citizens against dangerous psychoactive substances such as BZP".

Dutch EMP Sophie in 't Veld (D66) wants the effects of the drug to be investigated before a ban is imposed, but the Dutch (or the Irish, where it is also legal) might not get any say in the matter.

If the Commission decides to impose a ban - by qualified majority on the basis of Article 34 (2) (c) of the Treaty on European Union - the member countries must enact it as law within one year; they have no freedom and no choice.

I wonder how long it will be before they take our joints away ...