Twittering at the margins 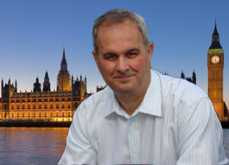 Rather like a precocious six-year-old who tries to shock a group of adults by uttering a "naughty" word out loud, Iain Dale in his column in The Daily Telegraph today suggests that the Conservative Party should borrow the Lib-Dem policy on the European Union and go for a referendum on EU membership, rather than a post-ratification referendum on the Lisbon treaty.

Twittering at his own cleverness, this incurable lightweight then tells the unsuspecting world on his blog that he suspects that his column "may provoke a bit of a reaction".

In that, at least, he is right. He provokes a pained response from our own Huntsman and England Expects, as well as the Conservative Home blog, which slaps down the egregious Dale, flatly telling him, "Now is not the time for a big shift in policy on the EU".

Author, Tim Montgomerie, is of course right and, for the moment there is no intention within the Party to make any immediate changes to the policy of pushing Gordon Brown for a referendum on the treaty.

But, as we pointed out at the beginning of this month, there is serious debate going on within the Parliamentary Party, with discussions on how to develop a more nuanced and effective policy, which will address the issue in an adult fashion.

On top of that, we expect to see shadow foreign secretary William Hague make a major speech in the New Year, outlining the approach to the European Union, which may or may not be influenced by the thinking and discussion going on within the Party. In the meantime, Tory MPs have been asked to put on a "good show" in the forthcoming Parliamentary debates on the treaty, keeping the pressure up on Brown and his hapless Europe Minister, Jim Murphy.

That will leave Dale to continue entertaining his little corner of the blogosphere with his idle prattle, leaving the real work to the grown-ups, who will occasionally pat him on the head, and smile at his precocity.