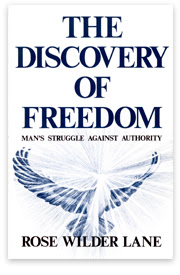 Talk of a possible division of Jerusalem (it was the refusal to do so that the late unlamented Chairman Arafat used previously to start the second intifada that caused many Israeli deaths and destroyed what little economic understructure the Palestinians had) has produced a seemingly paradoxical outcome.

Associated Press reported a few days ago that there has been a sharp rise in the number of East Jerusalem inhabitants – who are Palestinian Arabs – wanting Israeli citizenship.

The Interior Ministry has received hundreds of applications for citizenship from Arab residents of East Jerusalem over the past few months, instead of the average of several dozen, said ministry spokeswoman Sabine Hadad.

Hadad was unable to provide specific figures but said there has been an increase of hundreds.

The trend appears to stem from Palestinian fears that they could lose Israeli social benefits, such as health care or welfare payments, if their neighborhoods are shifted to Palestinian control in the future.

Maybe it is to do with health care and welfare payments, though surely the Palestinian government(s) will take care of that out of all the aid money they have been receiving over the decades. No? Well, well.

Or it may have something to do with the fact that with all the problems Arabs face in Israel, they prefer to live in a country where there is law and order, where they have political rights, political parties, members in the Knesset and the right to their own media outlets, which are not censored. How much of that would they have in a Palestinian government run either by Hamas or Fatah?

After all, what would attract people to be part of a state (or one of two states) that remembers the death of their founder by a rally that results in six deaths, more than 100 wounded and numerous people badly beaten?

The shooting erupted when the rally was almost over, and lasted for an hour and a half.

Fawziya Abu Karish came to the rally with her 11-year-old daughter, Amira. "I hadn't wanted to come," she said, but her brother, who was wounded in the June fighting, called her from Egypt and begged her "to go out in support of Fatah." Amira said that a man standing next to her was shot in the legs from a distance.

At Shifa Hospital, Afaf Abu Tayeh, 45, was waiting by the morgue. She had come to look for two of her sons, 16 and 17. "The Israelis were more merciful than them," she said of Hamas. "They beat children in front of my eyes."

Afaf Abu Tayeh, together with those Palestinian inhabitants of East Jerusalem, has articulated the dilemma many people face: what does one prefer, good government or self-government.

Despite some of the comments on the Ha’aretz piece, that is the crucial issue.

Like many of our readers I have sat through numerous meetings and heard numerous speakers tell us that self-government is preferable to good government. With respect, that is tosh and few people accept it.

The argument used to run something like this (for all I know it still does run something like that but I have stopped going to pointless meetings): Britain gave independence successfully to many countries round the world because we believe in self-government; therefore it is something of an anomaly that self-government is being abolished in Britain. The notion that there is little difference between government by the EU (of which Britain is a part and not a colony) and government by Westminster is completely wrong because the so-and-sos in Westminster are our so-and-sos and, anyway, we can always throw them out if we do not like them.

And people wonder why we cannot win any battles.

Let us take that mish-mash apart. First of all, there is the question, which I shall not discuss here and will not respond to on the forum, as it is only of marginal relevance, of whether that independence giving was successful and for whom. Certainly, as far as Britain is concerned the dissolution of the Empire was considerably more easy and peaceful than what France experienced, give or take Aden and one or two other problems.

How did it affect the recipients? Well, that is another matter.

More to the point is whether the people who fought for their independence did so because they thought self-government was better than good government. The answer to that has to be no. Throughout modern history, the fight for independence from other powers has been motivated by a certainty (sometimes misguided) that it was good government that the fight was for.

In other words, simply saying that self-government is all we need, will get us nowhere, particularly as few people are fooled by that canard about being able to throw them out. OK, so we throw the ones we got out. What do we get instead? How many Thatchers have there been in British history?

Interestingly enough, the europhiliacs have partially grasped this and have tried to use it in their arguments. Let’s forget about the Constitutional, Reform, Lisbon Treaty, they proclaim; people do not want to waste their time discussing structures, they want to know what “Europe” can do for them.

Then they stumble for two reasons. One is that unless you are absolutely obsessed with the need to regulate everything it is hard to see precisely what “Europe” has done for anybody.

It did not and does not always work, as the Palestinians are finding out, as ever, the hard way. Who needs self-government if you cannot have good government? That is the problem we need to deal with in the so-called eurosceptic movement.