A wrong 'un from the start 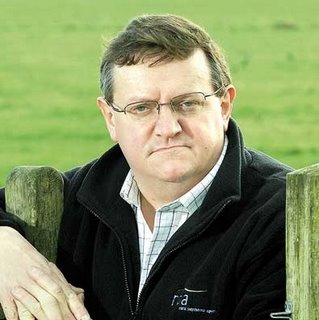 It is open season on the Rural Payments Agency and its failure to process in good time the EU Common Agricultural Policy (CAP) payments under the Single Farm Payment scheme.

Not only did farmers go without their money – and an estimated one percent still have not received their payments - by failing to make the payments on time, Defra faces EU penalties of more than £130 million as well as having to pay compensation of more than £40 million. That, in itself, has meant a cutback on other Defra-financed schemes, such as vitally important flood protection.

Readers might think that this is grist to the mill for this blog, affording a huge opportunity to attack the corrupt CAP. But there is one what you might call a fly in the ointment. Only Britain, in fact England, has managed to make such a huge mess of the payments system. And, for that we have to thank the former chief executive of the RPA Johnston McNeill.

Yet, according to one national newspaper, he is currently still drawing his £114,000-a-year salary and even received a £21,000 bonus for drawing up this hopeless payment scheme in the first place.

That he should have been such a monumental disaster, however, comes as absolutely no surprise to those of us who knew Mr McNeill and had to deal with him professionally. Before being elevated to the RPA, he was appointed from relative obscurity in 1995 to become the head of the newly created Meat Hygiene Service. On his watch, the "service" proved over-expensive, grossly inefficient and, in many provable instances – corrupt (and yes, I still have the files).

Lording over the manure pile was Mr Johnston McNeill, who got out just in time, before the hounds began to close in on him and certain key investigations were dropped. But, of course, at the time, neither the media nor – with a few honourable exceptions – the politicians wanted to know.

And, just in case anyone needs reminding, when in 1995 Mr McNeill was first appointed, we had a Conservative government with the then Ministry of Agriculture, Fisheries and Food presided over first by William Waldegrave and then Douglas Hogg. Both of those gentlemen had a hand in the approval of McNeill and it is a measure of their judgement that neither could see through someone who was very obviously a wrong 'un from the start.

But, where it comes to the European Union, it seems we are just as capable of damaging our own interests as are our masters in Brussels.