Have they missed anything? 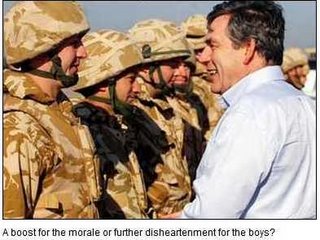 "Have we missed any important stories?" asks the increasingly introspective ConservativeHome.

For sure, it is a Conservative Party site, so that means its focus will be on things like the disreputable behaviour of James Gray MP, and Patricia Hewitt's verdict on David "Wimp" Cameron: "Quite pretty I grant you".

Bizarrely though, being in the Conservative Party these days means that you must not be interested in anything beyond the shores of England. You avoid foreign affairs - including minor things like the European Union - and you definitely, definitely do not concern yourself with the trivial fact that our government is losing (or has already lost) control of the situation in southern Iraq. 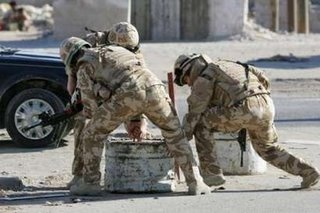 The fascinating thing is that, while the Boy Wimp devotes himself to hugging hoodies and sundry other "touchy-feely" activities, chancellor Gordon Brown has upped sticks and made a surprise visit to Iraq to look at the situation for himself. And let no one suggest that Arabs do not have a sense of humour, the Middle-East online website captioning its photograph of the event: "A boost for the morale or further disheartenment for the boys?"

According to one early report, Brown was the bearer of gifts, pledging another £100 million for the reconstruction effort – to add to the £544 million already committed. And, predictably, the move is seen as the latest initiative by Brown to widen his brief beyond his Treasury portfolio as he moves closer to succeeding Blair… Brown the prime minister. It says something of him that at least he recognises the gravity of the issue and is devoting the time to it.

When he does finally replace Blair (and it is increasingly looking like "when"), Gordon will have a difficult path to tread. On the one hand, he will be tempted to disown an unpopular war, and blame all and any problems on his predecessor but, on the other, he will know that a quick exit is not on the cards. 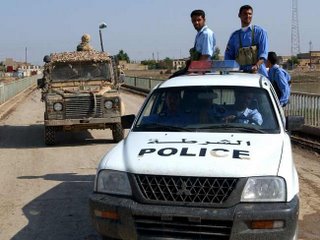 To that effect, Brown has already committed "his" government to supporting the Iraqis in "building a democratic nation", which effectively means that he is in for the long haul. That means that, by 2009-10 when we might expect a general election, Iraq will still be an issue.

Should we have the misfortune then to have the Boy Wimp as prime minister (although the continuation of the Brown regime is no better option), the Boy's greater misfortune will be that he will have to manage the situation, instead of burying his head in the sand and hoping it will go away. And it would be a brave pundit who would be prepared to predict that the insurgency will be over in 2-3 years time. So the Boy may find himself pitched into the middle of a life-and-death battle, where British soldiers are fighting and dying.

As the Democrats in the United States will shortly be finding, there is a huge difference between opposition and power – summed up by one word: responsibility. In power, the Boy will be expected to perform, and get it right. There is nothing which focuses the public’s mind more than the body bags resulting from unforced errors.

Depending on how things develop – which is always difficult to predict that far into the future – the Boy can always rely on the voter honeymoon, and he could use the Labour trick of blaming the previous administration for any problems. 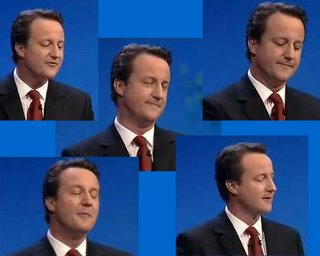 Whether he gets away with this, however, will largely depend on how robustly he has opposed or criticised previous policies. And here the Boy is going to have problems. Decisions taken now and in the next few years – as well as the decisions not taken and the opportunities missed – will have a material effect in determining what options are available to the Boy when he picks up the poison chalice and opens his eyes.

So, while he can get away with silence on this key issue at the moment, in due course that silence may well come back to haunt him. If he said nothing at the time, later complaints about the government's past errors may carry little force. And, given that we have just been through an exceptionally violent week in Basra, with the promise of more – without a single word from the Conservatives, much less the Boy - my guess is that yes, they have missed some important stories.