Not made up their minds yet 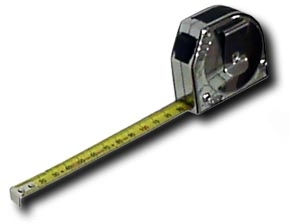 It seems that Her Majesty's Government (or HMG as it is known not so affectionately) has not exactly made up its mind about the use of non-metric measurements becoming illegal from 2010. Of course, that does not really matter since it is not HMG or Parliament that makes the necessary decision.

However, it is instructive to read the mealy-mouthed responses the noble Minister, Lord Truscott, made on Monday to a Starred Question put down by Lord Pearson of Rannoch (yes, him again):

My Lords, the use of imperial units alongside metric units is permitted by current legislation until 31 December 2009. The Government think that there is a strong case for extending this permission beyond that date and, perhaps, permanently. We await with interest a consultation paper from the European Commission, which is expected to address this issue.

The rest of the short debate was taken up by a number of noble lords pointing out the stupidity and economic nonsense of making the printing of non-metric measurements a criminal offence. Exactly, what business is it of the government’s (and I do mean the one in Brussels), anyway?

There is also a priceless intervention by Lord Dykes, who seems to think that metric equals progressive, despite the fact that the world’s largest economy, which is still doing better than any European one, prefers to go on using imperial measurements.