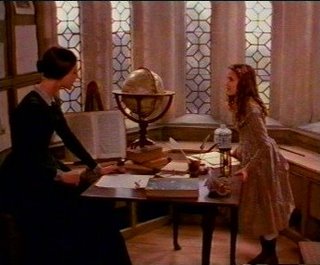 What is it about domestic employees, particularly nannies, (or, as we like to call them, home and child solution consultants) that makes everyone shiver with atavistic guilt? After all, why should one not employ some reliable person to look after one’s brats or clean one’s house or look after aged relatives or do the ironing? As long as you treat people well and pay the going market price (or, perhaps, a little more if you wish) there appears to be no problem there. One employs, builders, carpenters, plumbers, decorators, though, of course, that, too has to be done out of an already taxed income.

I imagine the idea behind it is a vaguely socialist one: nothing wrong with people working in offices and factories but domestic labour is really oppressive. Most western countries have incredibly complicated regulatory and fiscal systems in place that make it impossible for willing employers to employ, for instance, nannies without either being very rich or ready to break the law.

Two ministers in Prime Minister Fredrik Reinfeldt's newly installed government quit last month after saying they had hired nannies and cleaners under the table to avoid payroll taxes. The scandal came as Reinfeldt prepared to cut taxes employers pay on the wages of household help, making such workers more affordable.

The suggestion of tax cuts has been well received by all except those who see it “as a return to 19th-century values, where maids deal with the household labor so that the upper classes can live well”. This, despite the fact that those who would benefit immediately are middle class families where both parents work and, of course, the people who are now hired illegally and have, therefore, no protection or economic status either.

If Sweden manages to put such a reform through we might see similar radical ideas spreading to other western countries. Well, not to the so-called Conservative Party here, led as it is by people who can afford domestic labour at inflated prices as well as private education. But then, how likely are we to have that shower in government?