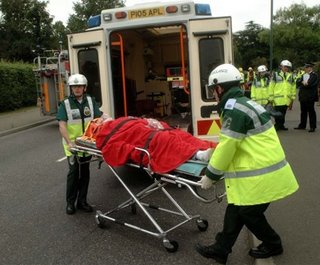 This is not Telegraph bashing, per se – just that the paper today reports a story which provides yet another example of the failures of modern journalism. And, if you accept that the Fourth Estate has a vital role in the maintenance of our democracy – and our freedoms - then this particular failure is important.

The issue to hand is not one with which EU Referendum would normally be concerned, as it has no EU or foreign affairs dimension. But the principle raised is of universal importance, and links nicely with the preceding two posts of mine.

As to the story itself, this is headed, "Judges voice fears over law for killer drivers".

Written by Joshua Rozenberg, the legal editor, it is a perfectly respectable and accurate (as far as I can tell) attempt to convey the "grave concerns" of senior judges, who have "expressed about the new offence of causing death by careless or inconsiderate driving, approved by parliament earlier this month."

When the Road Safety Act 2006 is brought into force next year, writes Rozenberg, anyone who causes a death by driving without due care and attention, or without reasonable consideration for other road users, will face up to five years in prison.

"That might involve no more than a moment's carelessness," a senior judge said. "You could be distracted by a child in the back of the car. We have all been in that position."

Judges fear juries will refuse to convict defendants of the new offence once they realise that it will lead to prison sentences for motorists with no previous convictions who have not been driving at high speed, dangerously, or while uninsured or under the influence of drink or drugs.

Right! All good stuff. But what is the point in writing an article raising concerns now, when the Act received Royal Assent three weeks ago and nothing at all can be done. 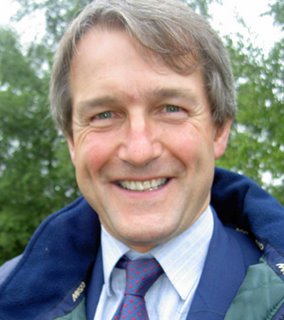 The time for such an article, surely, would have been in March, when the Bill was being discussed in detail in committee. Then, precisely these points were raised by the opposition transport minister, Owen Paterson – on Tuesday 28 March 2006, to be precise.

Was it reported then? Or at all? Don't bother answering. The lead political story in The Telegraph for the 29 March was, "Top level attack on Brown as leadership battle gains intensity", although the paper did find space for a bijou little story on a hack whose tube travelcard ran out and his wife suggested he take the car.

Had there actually been any grown-ups on the paper to report the issue, then at least there might have been something of a public debate before the law had been passed. That would have served democracy somewhat better than today's airing of ex post facto concerns from a number of anonymous, unelected judges.

Thus, it is all very well the media taking politicians apart – when they deserve it. But, in addition, it would be nice if the MSM spent a little time asking themselves whether they are doing their job properly.