We are not being told the half of it 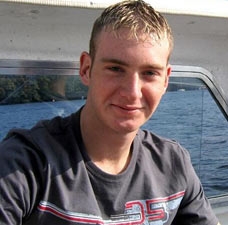 Following on from the report on this blog of the death of the British soldier from the 2nd Battalion, Duke of Lancaster's Regiment, who died after an attack on the Old State Building in Basra, the soldier has been officially named as Kingsman Jamie Hancock, aged only 19 and on his first active tour.

Amongst others, that information found its way into The Daily Telegraph both online and print copy, with the by-line of James Burleigh, in what was almost a straight copy-out of the MoD press release.

The choice of Burleigh to front the piece is not particularly odd. As a journeyman hack, he turns his hand to a variety of stories and occasionally writes defence pieces. However, the Telegraph also got its defence correspondent, Thomas Harding, to write a piece on the death of Kingsman Hancock. And, while readers will be aware, I am no fan of Harding, it was actually highly informative.

Now what is really odd is that, not only did the piece not appear in the print edition, it appeared only very briefly on-line before disappearing and, currently, can no longer be found on the paper's own search engine. Under a subject search, it is the Burleigh piece that comes up.