The window is closing 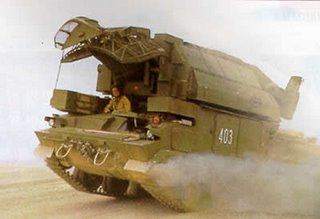 "The West is losing patience with Putin" says The Daily Telegraph leader, railing against the murder of Alexander Litvinenko, even though the paper admits that there is, as yet, no evidence linking the poisoning of to the Kremlin. Nevertheless, that does not stop it declaring:

Until now, the West has tended to overlook Mr Putin's authoritarianism, largely for the sake of a quiet life. But there must come a point when our patience runs out. It is one thing to tyrannise your people; quite another to presume to do so on British territory.

Conspicuously absent from the newspaper, however, is the news for which The Times and many others find room – that Russia has begun delivery of Tor-M1 air-defence missile systems to Iran, confirming that it is proceeding with arms deals despite Western criticism.

This is an issue we covered in depth in January here and here, the implications of which are admirably summed up today by the Debka file:

The first of 29 Tor-M1 systems in the $700m deal have been delivered to Iran by Moscow despite US opposition to their sale of a weapon widely regarded as the most advanced of its kind in the world. Some Iranian and Russian air defense experts say its full deployment at Iran's nuclear installations will make them virtually invulnerable to American or Israeli attack in the foreseeable future. Therefore, no more than six months remain, until the Russian Tor-M1 systems are in place, for any attempt to knock out Iran's nuclear weapons industry. 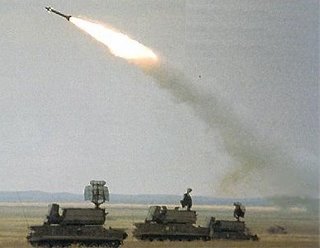 Now, as Russia starts deliveries of the missile systems, a window of opportunity is closing. And it was to prevent this that the US, last spring sought UN support for an arms embargo on Iran, a proposition that received no support from the Europeans, who have taken the lead role in dealing with Iran and its nuclear ambitions.

Fittingly – and perhaps not entirely coincidentally - the news of the missile delivery (known as the SA-15 Gauntlet in Nato terminology) came on the same day as the ending of the abortive 18th EU-Russia summit in Helsinki.

Plans to launch negotiations for a new agreement on partnership and co-operation between the two sides have been aborted after Poland vetoed any deal, over a dispute about the hygiene standards of meat.

In a way, this just about sums up the European Union. Having egregiously failed to deal with Iran in any effective fashion and suffered a major diplomatic defeat, its famous "soft power" having become a laughing stock, it now retreats into squabbles about Polish veterinary standards and "cross border meat smuggling". 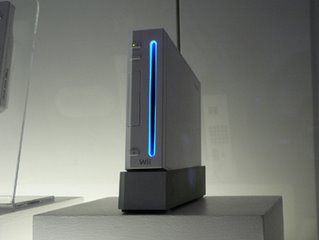 But it also sums up our media. The issue, in its own way, has echoes of the 1962 Cuban Missile Crisis. If you think about it, Iran is poised to build a nuclear bomb which it threatens to use to destroy Israel. And, while the West ponders whether to take military action to prevent a holocaust, Russia steps in to supply missiles which close that option down.

Never mind though. If the Telegraph could not manage to report on real missiles, at least it found room – like a full half-page - to write about the Nintendo Wii (above), designed for the latest in "shoot 'em up" computer games. This confirms the paper's retreat into fantasy, as it finds a "toy" that it can actually deal with.